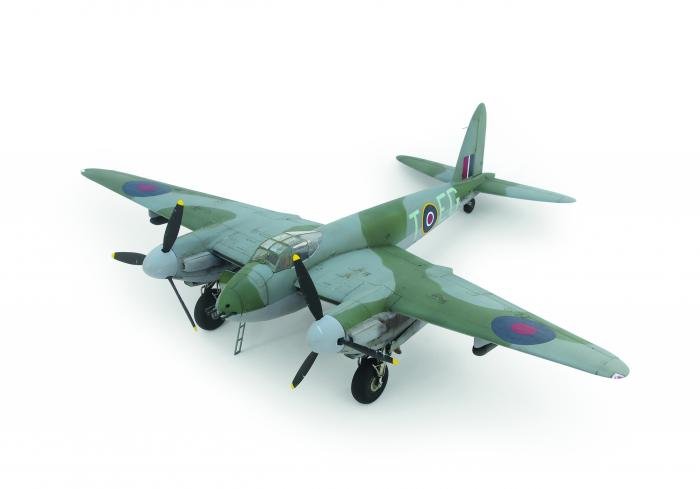 De Havilland’s Mosquito, also known as the ‘wooden wonder’, was one of the most exceptional and versatile aircraft of World War Two.

First flown in 1942, the Mosquito FB (fighter-bomber) Mk.VI became the most widely used and produced variant. It was based on the day fighter Mk.II and retained the two 1,460hp supercharged Rolls-Royce Merlin 21 engines and armament (four nose-mounted Browning 0.303in machine guns and four Hispano 20mm cannons in the belly) but incorporated a bomb bay. With this design, the Mk.VI could carry two modified 500lb (227kg) bombs internally plus two under the aircraft’s wings. Later in the war the Mk.VI was used with the Royal Navy in the Far East and, in 1944, the Mosquito became the first twin-engined aircraft to land on the deck of an aircraft carrier.