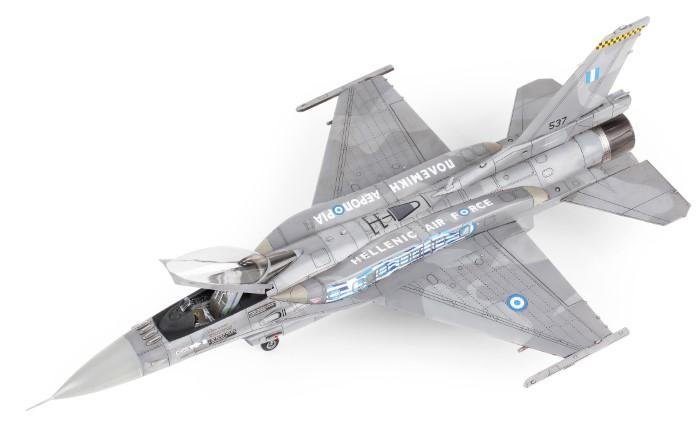 With staged upgrades, the F-16C Block 52+ arrived in Hellenic Air Force service around 2005 and is notable for the upper fuselage-mounted conformal fuel tanks (CFTs), which increase the aircraft’s fuel capacity... plus engine, radar, avionics and weaponry upgrades. Three HAF squadrons are equipped with this variant, two units being part of 115 Combat Wing at Souda, which provided the ‘Zeus’ display aircraft for the 2011-12 airshow seasons.