If you’re a modeller who likes small scales and German subjects, Brengun’s new 1/144 Messerschmitt Me 309 could be your next project. 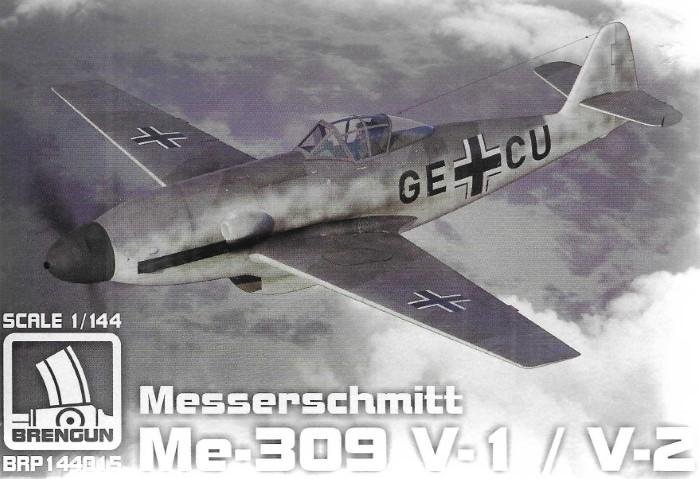 Czech firm Brengun has a blossoming range of aircraft kits in 1/144 scale, and its latest addition is this fascinating Me 309 prototype. One thing is clear from the outset with this item… you don’t have to sacrifice detail when the scale and model in question are both small.

The Me 309 was a private venture by Messerschmitt, to improve on the basic Bf 109 of the Battle of Britain era, introducing a pressurised cockpit, fully retracting tricycle undercarriage and a variable position radiator. However, interest in the project from the German Air Ministry faded, and the aircraft never surpassed the prototype stage. 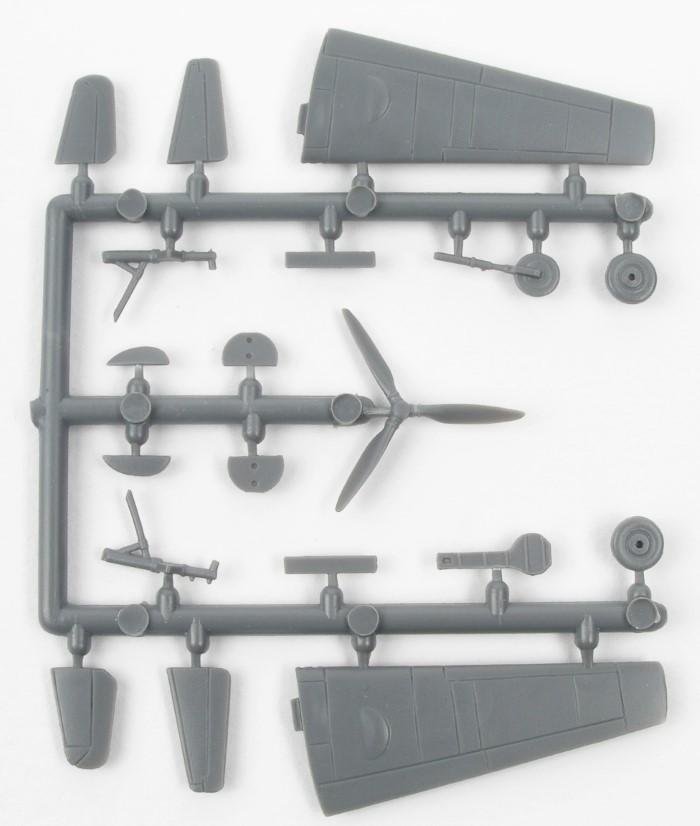 Brengun’s kit (BRP144015) comes on two grey styrene runners and there’s a clear canopy, making a total of 41 parts. However, if you want to go the whole hog, the company’s bespoke photo-etched (PE) metal detail set (BRL144167) offers a whole host of extras… but more on this later.

The basic kit comprises the fuselage halves, wings and alternative parts for the empennage, there being different horizontal and vertical stabilisers between the early and late V1 airframes, and the V2, either of which can be built here. Amazingly, the instrument panel has individual dials, an upper cowling with gun troughs, a combined cockpit floor and rear bulkhead with integrally moulded seat and rudder pedals, and very fine undercarriage legs; the nosewheel is moulded with the leg. 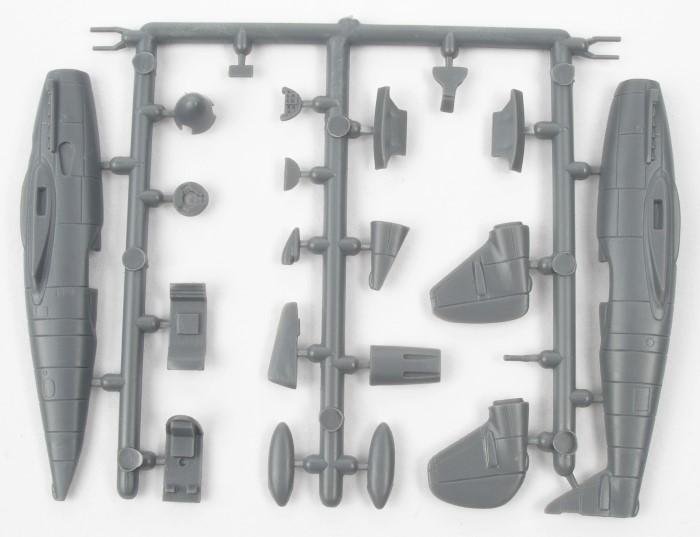 Panel lines are engraved and deep enough to take a colour wash without looking overscale, and the exhaust stubs with flame covers are reproduced very well. There’s also an attempt at structural detail in the undercarriage bays, and the choice of an open/closed under-nose air cooler. Minor surgery is required to employ the different empennage parts, and you’ll need to remove the wing tips for the last two versions. And nose weight will be necessary to prevent tail-sitting, this being an aircraft with tricycle undercarriage. 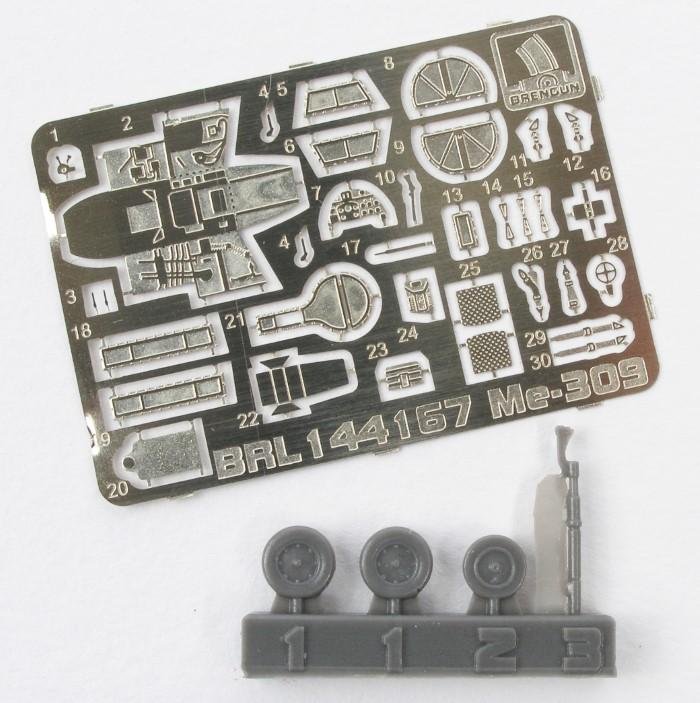 A pleasing result can be obtained by the kit parts alone, but if your eyesight and patience levels are up to it, the firm’s bespoke detail set provides many extra refinements, such as an entire cockpit tub, a seat with separate belts, undercarriage bay doors, oleo scissors, rudder pedals and other items. Some parts really are tiny though, and in some ways this will feel more like microsurgery than modelling! New wheels and a nose leg are also supplied, in resin.

The small but well-printed decal sheet carries factory codes and insignia for the following airframes: 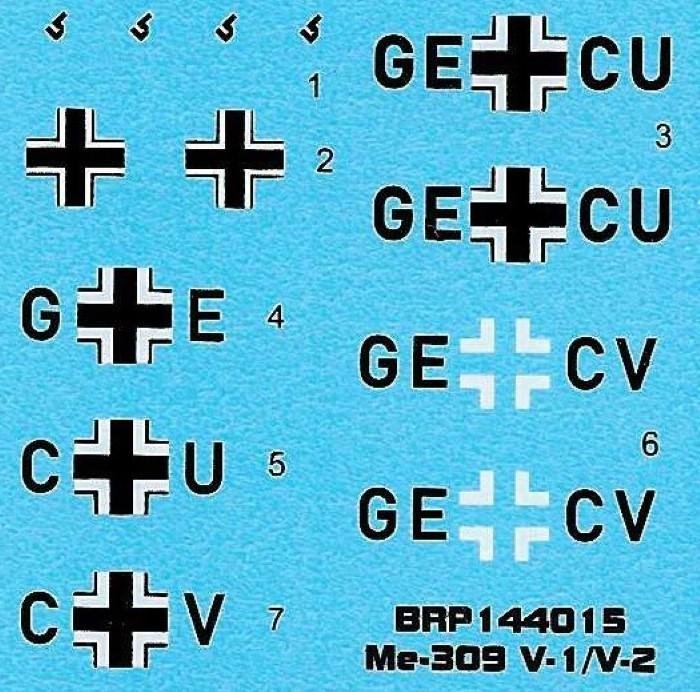 This kit replicates an interesting subject and, despite its diminutive size, may be enough to tempt you away from larger scales, if only temporarily… and especially if you like building prototypes. The additional detail set will certainly appeal to more experienced modellers, wanting to make a real showpiece of the model.

If ordering direct from Brengun, the kit cost €11.85 and the detail set €8.30. For further details visit: www.brengun.cz 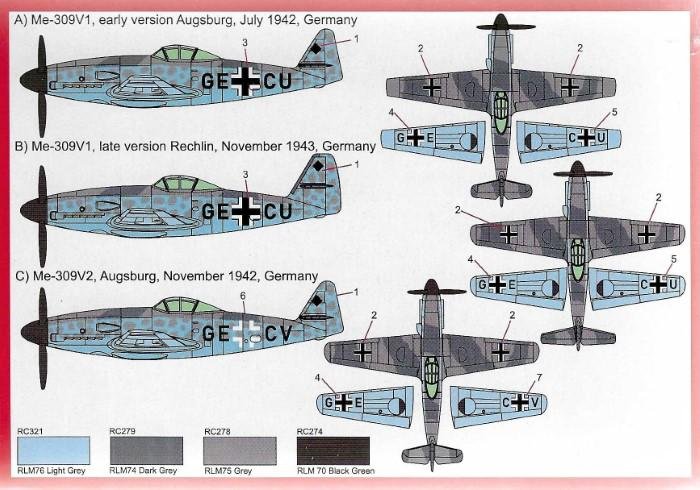