Freight train operators have a new choice of coal wagon with the arrival of TMC’s exclusive models of the BR 24.5ton mineral wagons. MARK CHIVERS reviews these new arrivals for ‘OO’.

Built over a ten-year period from the early 1950s, more than 3,300 of these 24.5ton steel mineral open wagons were constructed at BR Shildon and BR Ashford Works to Diagrams 1/115 and 1/118. They were mainly used on coal traffic including power station circuits, and most featured double body side doors, along with an end tipping door. There were design differences between batches over the years including variations to buffer types, door styles, axle boxes and even the number of door bangers fitted. 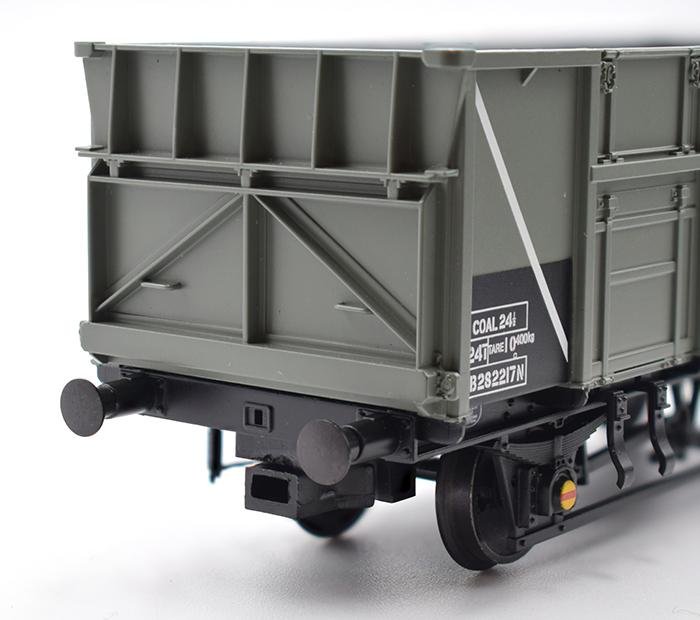 Above: The end doors are neatly moulded.