ENGLISHMAN IN THE DESERT

ENGLISHMAN IN THE DESERT

Sometimes, the pleasure of modelling comes from tackling a build in a slightly different manner than usual, as Juanjo Dominguez Calvo discovered with Trumpeter’s recently tooled 1/144 Vulcan B.2. 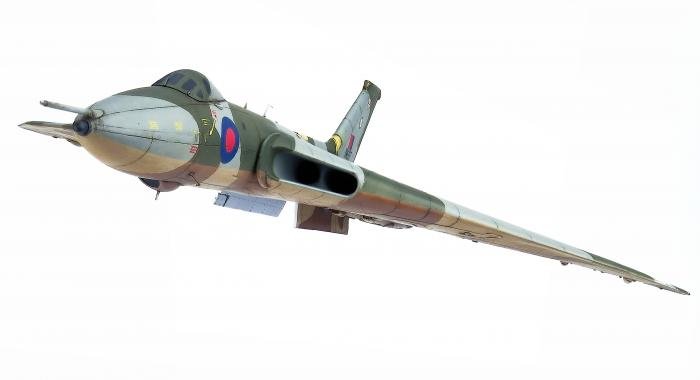 Instantly recognisable with its delta wings and emitting a characteristic howl as it flew past at airshows, Avro’s Vulcan was operated by the RAF from 1956 to 1984.

Considered the most technically advanced of the three ‘V-bombers’, the Vulcan formed part of the UK’s airborne nuclear deterrent during the Cold War. The bomber’s capacious weapons bay, sized originally to fit a Blue Danube atomic bomb, also gave it a considerable conventional bombing capability.