US Soft-Skins, Soviets and Smoke 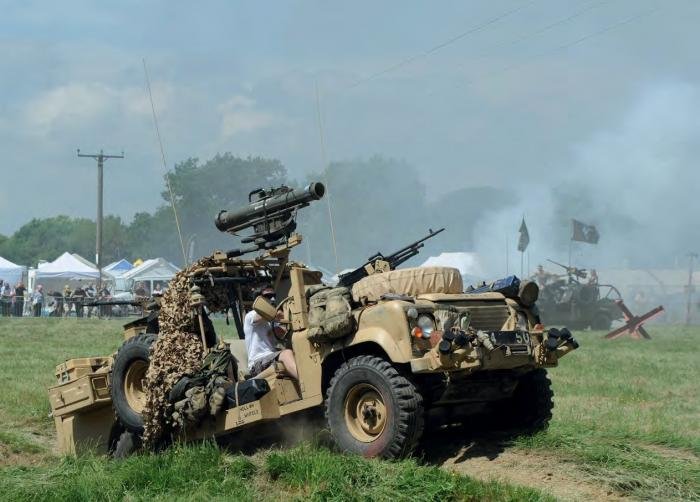 A Gulf War-configured SAS DPV makes its way around the arena, during a display of Special Forces vehicles. Mounted on top of the Defender 110 is a MILAN anti-tank missile. (All photos Glenn Sands) 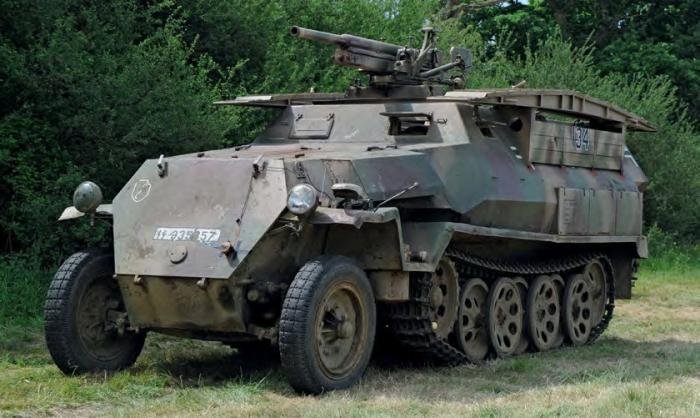 Based on the German Sd.Kfz.251, this post-war Czech OT-810 has been part of the 2nd Battle Group collection for more than 20 years. It is slowly being converted to represent a pioneer vehicle of an SS Panzer Division.

Southern England again played host to period and replica World War Two military vehicles, at the annual Overlord Show, which was held during the late-May Bank Holiday weekend. Organised by the Solent Overlord Executive Military Collectors Club, the three-day event in Denmead, Hampshire, brought together many of the UK’s best-restored military vehicles. For modellers of these particular subjects, it’s a onestop reference goldmine. All the vehicles are available for close-up inspection and owners are happy to explain specific modifications and any unusual unit markings. Add a model stall selling a selection of armoured fighting vehicle (AFV) kits, and piles of rare second-hand books on tanks, soft-skins and militaria, and the event is the ideal place for any AFV modeller to spend the weekend.