The A1 Steam Locomotive Trust (A1SLT) has begun scanning 366 original Doncaster Works drawings to enable construction of a brand-new Gresley 'V4' 2-6-2. Only two were built in 1941 and the A1SLT's project will be numbered 3403, following on from the original locomotive numbers of 3401 Bantam Cock and 3402.

Cleardata is managing the scanning of the works drawings for 'V4' 3403 to be built and its construction will follow in the footsteps of new-build Peppercorn 'A1' 4-6-2 60163 Tornado and the current project to build a brand-new Gresley 'P2' 2-8-2 - 2007 Prince of Wales, Britain's most powerful steam locomotive.

The 'V4' class was created by Sir Nigel Gresley for mixed traffic use across the LNER system and was Gresley's last locomotive design. The pair of 'V4s' were completed at Doncaster Works in 1941, but Gresley's death put paid to further locomotives of the design being built as his successor Edward Thompson developed the fleet of 410 'B1' 4-6-0s for mixed traffic work instead. In 1946 the 'V4s' were renumbered 1700 and 1701 prior to becoming part of British Railways Eastern Region stock on January 1 1948 when they were renumbered 61700 and 61701. Both were withdrawn and scrapped in 1957 when their boilers became due for replacement.

Cleardata is scanning all the original drawings during February after they were acquired from Malcolm Barlow, a Doncaster scrap dealer who launched an original campaign to build a new 'V4' with the Gresley V4 Society in 1994. Other progress on the 'V4' project includes agreement of the fundraising timeline by the Trust, purchase of a full set of fully-certified tyres for the 'V4' pony, Cartazzi and 5ft 8in driving wheels from owner of preserved 'B1' 61306 Mayflower David Buck, a chimney and two BR Class 08 speedometer drive generators. 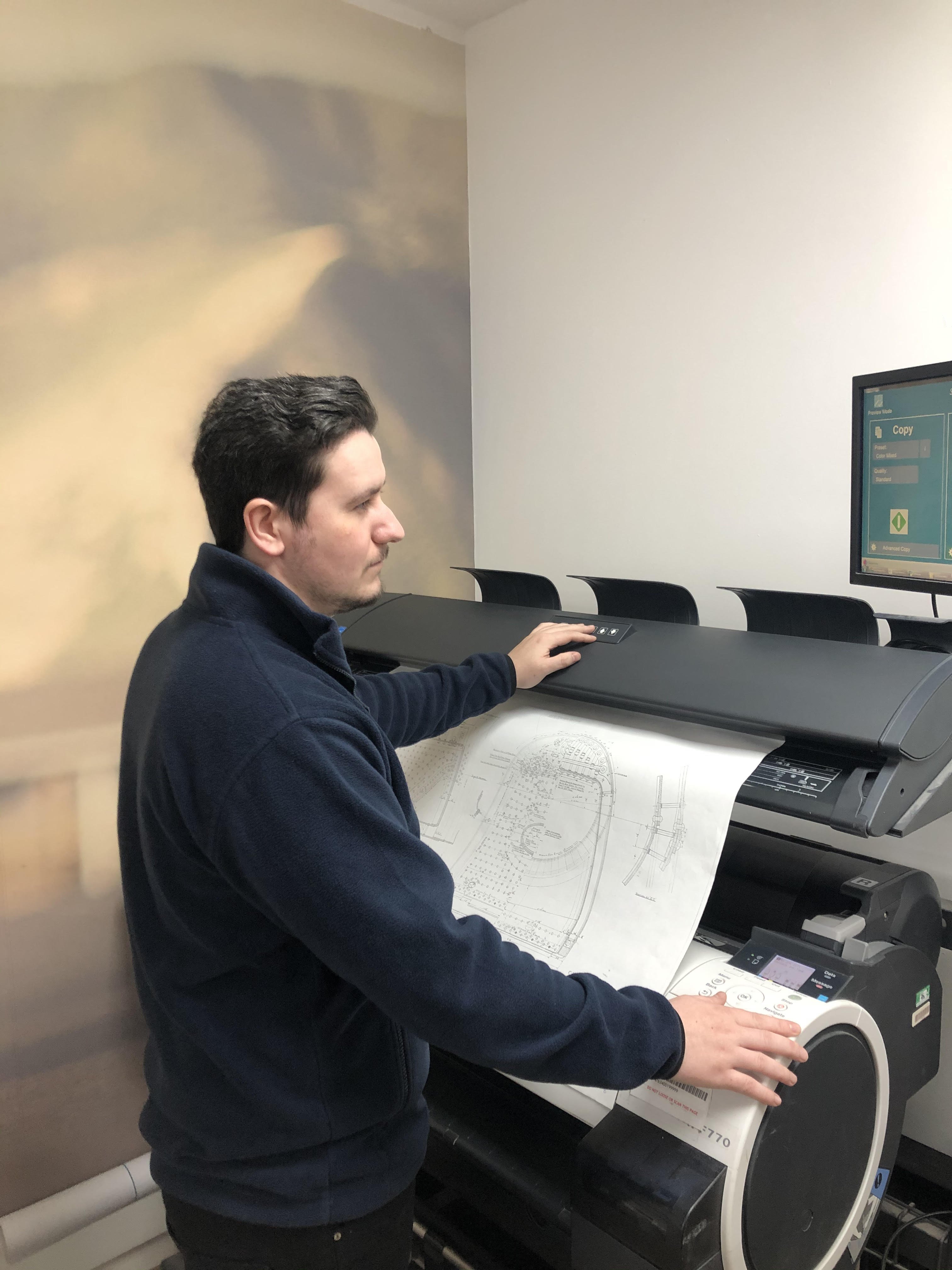 In addition a new subsidiary of the A1SLT has been created, the V4 Steam Locomotive Company Limited, to carry out the building of the new 'V4' as part of the preparations for the formal launch of the project - finalisation of the date for the launch is subject to Covid-19 restrictions.

Construction of the new 'V4' is forecast to take between five and seven years depending on funding. Steve Davies MBE, The A1 Steam Locomotive Trust Chairman, commented: “We are in the pre-launch phase of the project to build our third new main line steam locomotive, the yet-to-be-named Gresley class V4 No. 3403 – Sir Nigel Gresley’s final design. With the order for construction now placed on Darlington Locomotive Works, the scanning of the drawings commenced, and further components acquired, we are well positioned for the formal launch of the project.

“We want to be ready to start assembling our new Gresley 'V4' as soon as our new 'P2' is completed. We anticipate the project costing around £3m and taking around five years subject to the pace of fundraising. Our new Gresley class 'V4' is an ideal locomotive for regional main line tours, repeat main line itineraries and the longer, main line connected heritage railways. Unlike with our 'P2', where we have had to do a considerable amount of development work to complete the job that Sir Nigel Gresley started in 1934, there will be very little redesign work needed as there were no known problems with the Gresley class V4s.

“Although there is currently no specific appeal open for No. 3403, any donations made will be ring-fenced for the project. Our next step will be to launch The Founder’s Club to fund the early stages of the project. More announcements will be made during 2021 as the project builds up steam.”