Hornby's limited edition model of GBRf Class 66 66731 Captain Tom Moore - A True British Inspiration has arrived (Cat No. R30069). The model has been produced by Hornby to raise funds for the NHS and all 3,500 have been sold. In total it raised £140,000 for the NHS through sales on Hornby's own website. 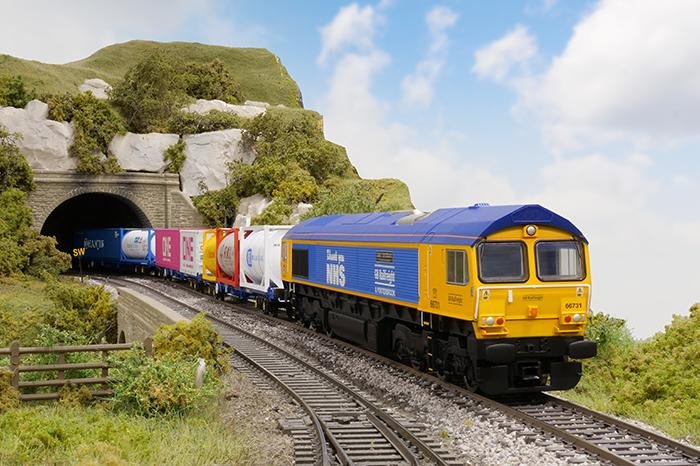 66731 uses Hornby's standard Class 66 tooling which has its roots with Lima. The model has been modelled with a fully detailed livery and also features NEM coupling pockets, a five-pole motor and an 8-pin decoder socket.

The real engine was named on April 29 by GB Railfreight when it was unveiled in its unique Thank You NHS blue and orange colour scheme. 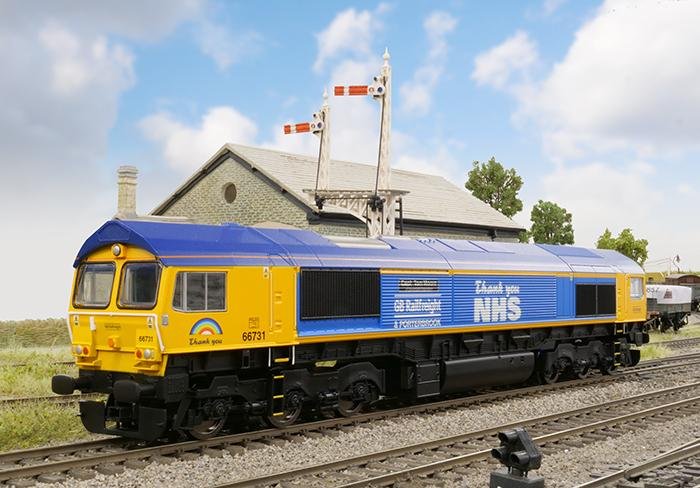 Above: 66731 stands on Topley Dale displaying the details of its livery. 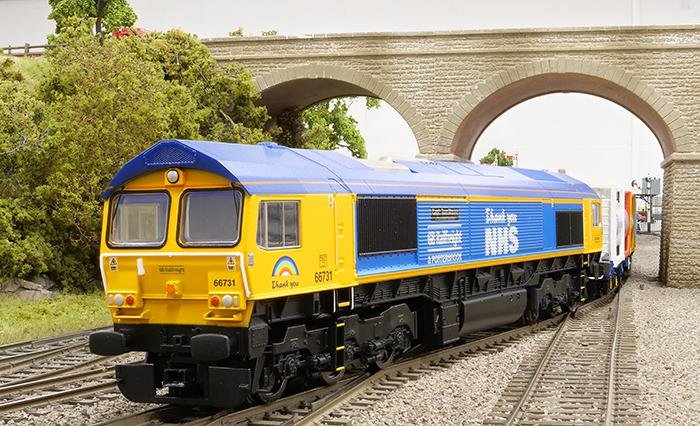 In this video feature we show 66731 running on Topley Dale at the head of a container train.