Italeri’s 1/72 F4U-4 Corsair has been re-released with new decals in a Korean War-themed package. 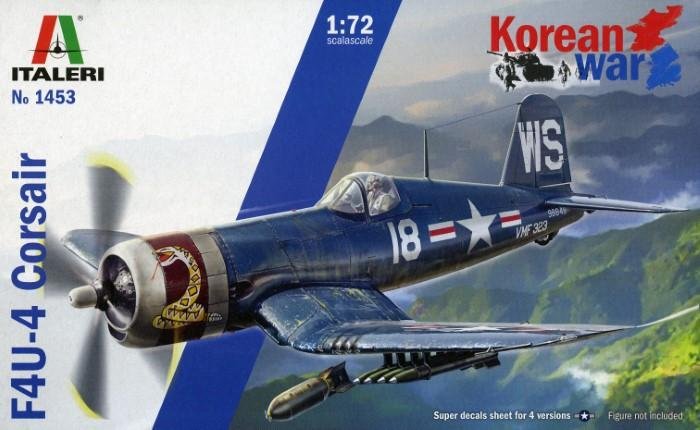 The mighty Vought Corsair was first tackled in 1/72 by Italeri in 1994, when it released its 1/72 F4U-5N night-fighter. Since then the tooling has been adapted to represent further sub-types (also in Revell and Tamiya boxes). It was a reasonable attempt at replicating the famed ‘Bent-Winged Bird’ at a budget level, with engraved panels that slightly varied in width, although various panel demarcations are missing, along with several circular panels. There are no rivets moulded on the surface, which looks slightly odd… this may pass over the head of the novice, but more experienced modellers may wish to add rivets themselves with one of the many dedicated tools on the market.