The Warley National Model Railway Exhibition witnessed an impressive array of new model samples from Accurascale, Bachmann, Cavalex, Dapol, Heljan, Hornby, Locomotion and more. We present a round-up of the new products on display at the event.

Dapol revealed decorated samples of its GWR ‘43XX’ 2-6-0s at the Warley show covering a variety of livery styles from GWR and BR eras. Release is expected in early 2020 with prices starting from £159.95 for DCC ready models.

Amongst the samples on display was 6364 in BR lined green with early crests. The liveries are subject to change before production.

The latest decorated samples of the ‘O’ gauge Dapol BR Mk 1s were on display at Warley. This is the Corridor Composite in BR Southern Region green. 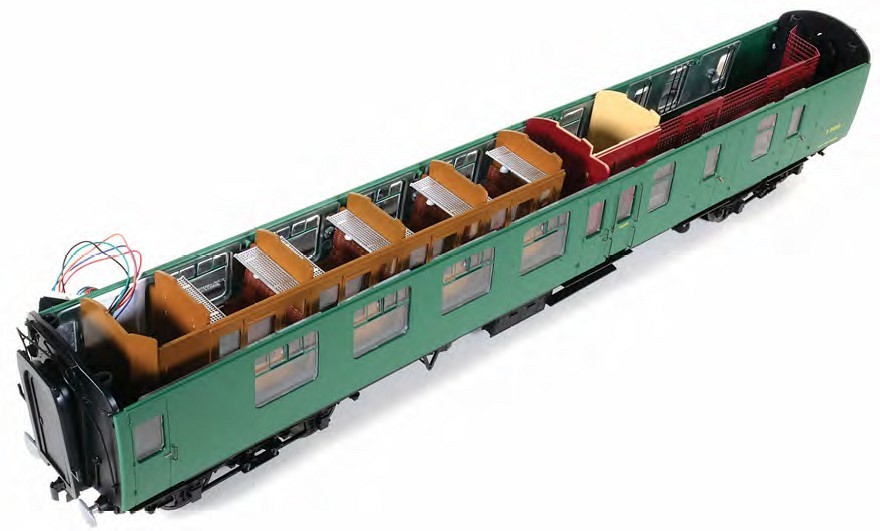 Dapol also highlighted the interior detail of its ‘O’ gauge Mk 1s by displaying the Brake Second Corridor with its roof removed.

A livery sample of the Midland ‘1F’ 0-4-4T in lined Midland Railway crimson was on display. This locomotive will have a Next18 decoder socket, firebox flicker and a factory fitted speaker.

The Graham Farish Stanier ‘8F’ 2-8-0 has stepped forward in development to the decoration stage. This is 48608 in BR black with early crests for ‘N’ gauge.

An engineering sample of the ‘N’ gauge ‘Parrot’ wagon made its debut at Warley. 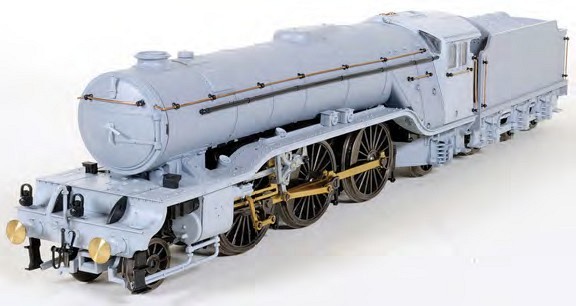 Bachmann’s all-new Gresley ‘V2’ 2-6-2 was revealed as an engineering sample at the Warley show. It will be available with ether inside or outside steam pipes and also features a new coupling design between the locomotive and tender. A release date is to be confirmed.

Bachmann’s GWR ‘94XX’ 0-6-0PT was shown in colour for the first time. The new ‘OO’ gauge model is expected to be available in the third quarter of 2020 in a choice of GWR and BR liveries.

Bachmann’s new HKA hoppers for ‘OO’ and ‘N’ were on display. They have been configured to allow modellers to replicate inner and outer vehicles by choosing which bufferbeam components are fitted. 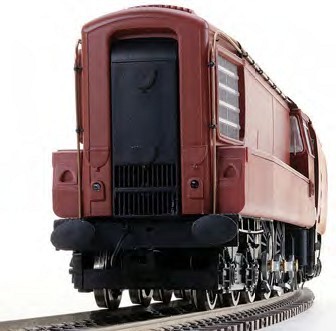 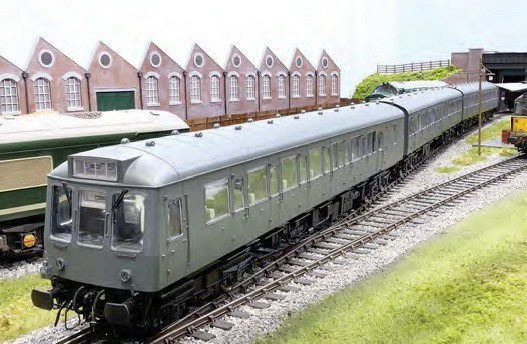 The Heljan stand had an impressive number of new samples on display for ‘O’ gauge including a full three-car version of its Class 117 DMU, seen here on Hornby Magazine’s new ‘O’ gauge depot layout. Also on display were samples of its Class 121 and 122 DMUs for ‘O’.

Decorated samples of the new batch of Class 35 ‘Hymeks’ for ‘O’ gauge were shown including these versions in plain BR green and BR green with full yellow ends. Release is expected in early 2020.

In ‘OO’ gauge Heljan had a new sample of the GWR AEC railcar showing the latest progress on this single-car DMU.

The National Collection’s GWR ‘94XX’ 0-6-0PT 9400 is to be immortalised in miniature by a new commission by Locomotion Models. The new release will use the new Bachmann tooling for the GWR’s final steam locomotive design and will be finished in GWR green livery. Delivery is expected in the third quarter of 2020 and the tank engine will be DCC ready with a Next18 socket. It is expected to cost £129.95 and can be ordered through

A second engineering sample of the ‘O’ gauge Class 17 Bo-Bo diesel was on show. It is due to be released in 2020 and is to feature a LokSound L decoder socket.

The GWR AEC railcar was on display for ‘O’ gauge as an engineering sample. It is also planned for release in 2020. 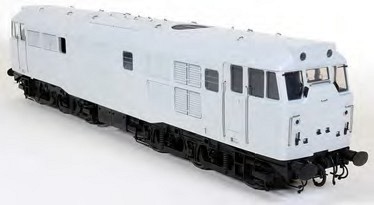 An engineering sample of the refurbished Class 31/1 for ‘O’ gauge showed the latest progress on this recent announcement. 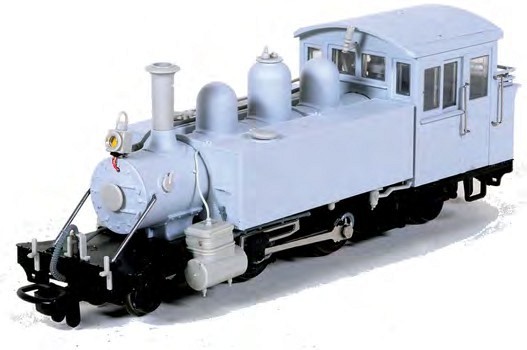 For narrow gauge fans Heljan debuted its engineering sample of the Lynton and Barnstaple Railway Baldwin 2-4-2T Lyn. It is currently being inspected for revisions.

Murphy Models has received engineering samples of its CIE Class 121 Bo-Bo diesel-electric for ‘OO’ gauge. The new Irish outline locomotive is due to be released in 2020. Visit www.murphymodels.com for more information.

The North Eastern Railway petrol-electric railcar was the centrepiece at the Warley National Model Railway Exhibition and Rails of Sheffield had the first engineering sample of its ‘OO’ gauge readyto- run model on display. The Heljan produced product is due to be released in 2020. 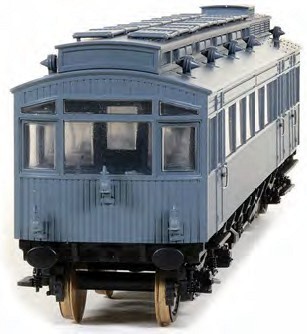 Rails petrolelectric will feature a Next18 decoder socket and interior lighting. Prices are set at £199.95 with three versions available to order from www.railsofsheffield.com.

A decorated sample of Hornby’s eagerly anticipated all-new Stanier ‘Princess Royal’ 4-6-2 was displayed at Warley. Modelling 6201 Princess Elizabeth in LMS lined crimson, it is one of three scheduled for release in early 2020.

Also on display from Oxford were a selection of 14ton anchor mounted tank wagons for ‘OO’. Six versions are planned in private owner colour schemes priced at £18.95 each. Delivery is expected in the first half of 2020.

Bratchell Models is producing a Class 319 four-car EMU for ‘OO’ gauge as 319368 in 1997 Thameslink blue and yellow as a ready-to-assemble liveried model. The four-car unit kit is priced at £360 and offers a separate wheel pack for £72. E-mail info@bratchellmodels.com for more information. 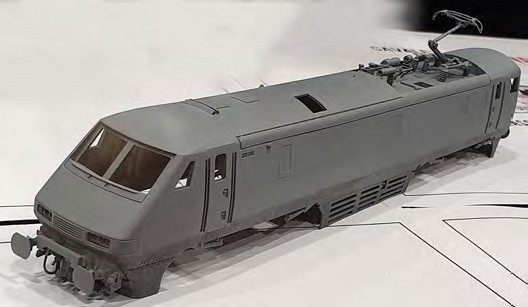 Cavalex Models showed a 3D print of its new ‘OO’ gauge Class 91 together with livery artwork on its stand at the Warley show. Delivery dates are due to be announced once the model goes to tooling.

Decorated samples of the Cavalex ‘OO’ BBA steel wagons were also on show including this example in BR bauxite. Release is expected in the first half of 2020. 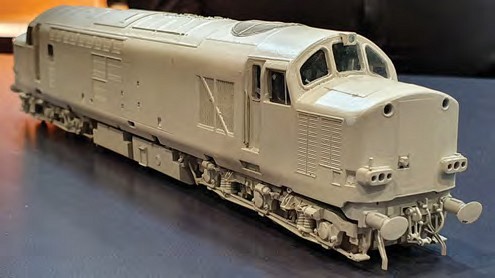 Following launch of its new ‘OO’ gauge Class 37/0 and Class 37/6 project, Accurascale showed a 3D printed sample of the model at the Warley show generated from its CAD drawings. The model will undergo refinement before moving to the tooling stage. 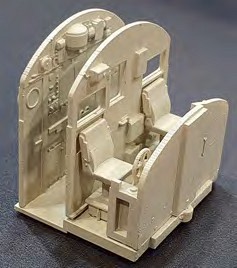 Also on display was a 3D printed sample of the cab interior for the Class 37 illustrating the level of detail which Accurscale is developing for this new release.