Introduced in the Victorian era, the North Eastern Railway’s pretty little ‘J72s’ were so good they continued to be produced into the BR era. EVAN GREEN-HUGHES explains the story of this class of 113 locomotives. 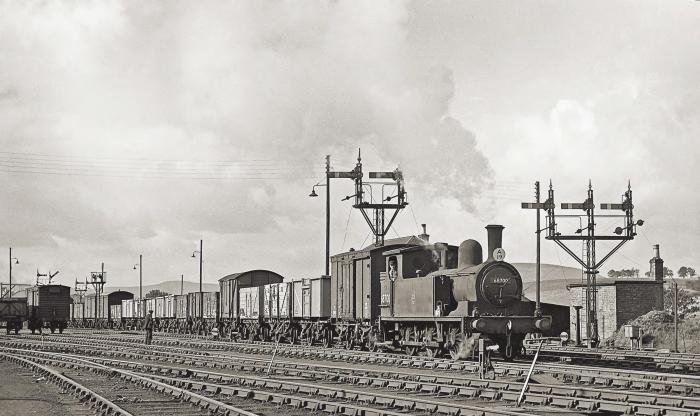 NER ‘J72’ 0-6-0T 68700, built at Darlington in 1914, shunts at Keith on the Great North of Scotland section in September 1957. The ‘J72s’ were one of few LNER classes to operate on the territory of all seven of its constituent companies.
W.J. Verden Anderson/Rail Archive Stephenson.

IN THE FINAL YEARS of the 19th century, the North Eastern Railway (NER) was one of the richest in the country. It had built its good fortunes on the transport of goods and particularly minerals. Its extensive operating area covered most of the country between York and Scotland and out to the east coast. The company’s operation had a huge thirst for goods engines, with many of them employed on short freight workings or in working one of their hundreds of railway yards. As was normal practice at the time most of these were of the 0-6-0 wheel arrangement, with many being tank engines, which were used almost exclusively on the lighter work.