DESIGNED AS a regimental- level asset, Russia’s 96K6 Pantsir S-1 (NATO nickname SA-22 Greyhound) is popular with modellers and Zvezda is the latest to release a kit of this air defence system. 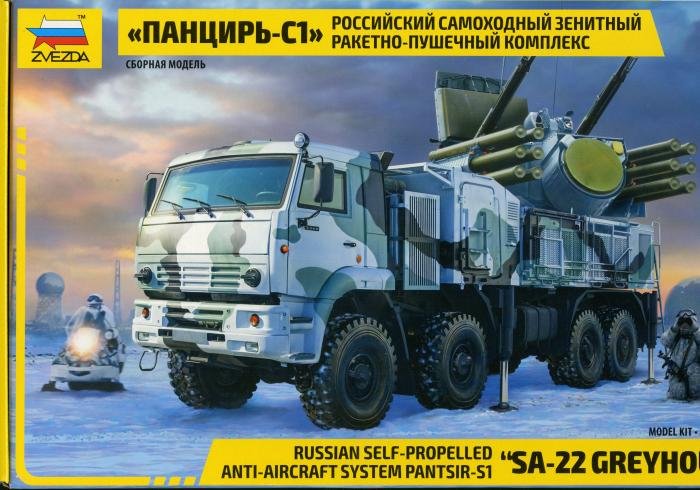 The Russian company’s 1/35 scale offering (3698) is a comprehensive package that captures the wheeled chassis-mounted system’s appearance accurately, with highlights including a superbly rendered engine, transmission and chassis. No interior is supplied for the missile control cabin, but arguably little would be seen through the hatches.

By comparison, the fully articulated missile and gun mount is detailed beautifully, with an option for a raised/lowered target-acquisition radar. Presented on nine styrene runners, the parts are moulded crisply and solid vinyl tyres are provided. With markings for Russian parade, Central Military District and camouflaged Northern Fleet machines, plus a single Syrian vehicle, this is great value-for-money package.

More details are at: www.hobbyco.net