Whenever a new aircraft type is unveiled it is always interesting to see how model companies respond – Zvezda may have been one of the last to release an 1/72 kit of Sukhoi’s Su-57 (but gained the advantage of it being more accurate) and has subsequently been the first to step up to 1/48. 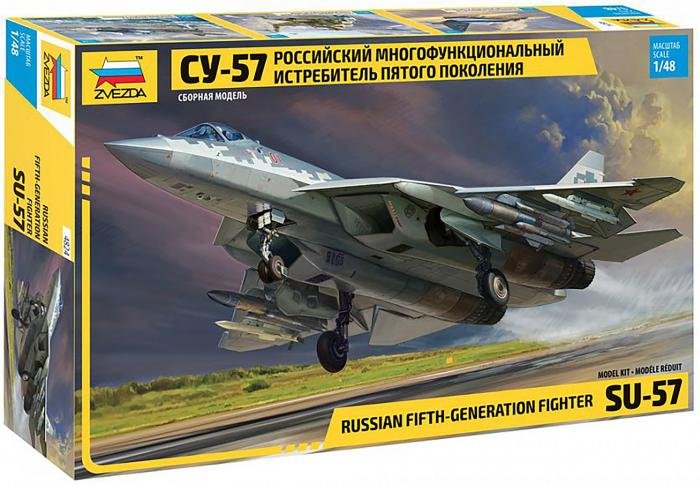 Similarities between the two offerings of this Russian stealth aircraft (NATO nickname Felon), such as overall proportions and external stores, have been balanced in this new tooling (4824) by the provision of an internal weapons bay and associated payload of six K-77M/AA-12 Adder missiles. Options include raised/ lowered undercarriage, leading-edge root extension ‘flaps’, horizontal stabilisers, open/closed canopy and neutral/deflected exhaust nozzles. When combined with full-length intakes and jet pipes, fine engraved surface detail and well-appointed cockpit, it’s a great package, and one that offers a huge canvas for those who enjoy adding weathering effects.

Markings are included for the eighth and tenth prototype airframes (Bort numbers Blue 509 and Blue 511 respectively), plus a future full-production machine with generic Bort number of Red 01. Arguably the only real omission is a set of masks for the digital-style camouflage currently worn by production airframes – especially given its distinctive appearance – although aftermarket companies have been quick to address this shortfall.

More on this and other Zvezda releases is at: www.hobbyco.net