OUT AND ABOUT SCALE MODELWORLD 2018 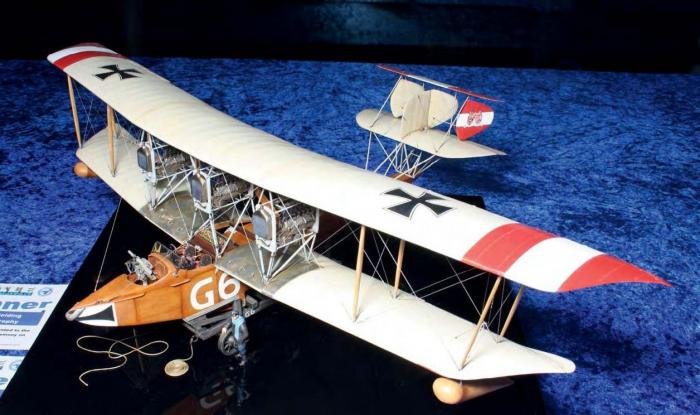 This year’s Scale ModelWorld set new levels in terms of size, quality and numbers of competition entries, and this was reflected in the overall ‘buzz’ over both days at the Telford International Centre. It also set a new bar for the number of large-scale kit announcements, with Airfix’s 1/24 Grumman F6F-5 Hellcat leading the way (see News, p.6), followed closely by Wingnut Wings’ 1/32 Lancasters (see Dec 2018 News, p.8) and its stunning 1/32 Handley Page O/400. The latter was revealed at the show and is due, along with its Avro cousin, in 2019. Not to be outdone, Eduard is due to release a newly tooled 1/48 Tempest Mk.V series I this month, and Copper State Models wowed visitors with its brand-new 1/48 Nieuport XVII Early/Late variants. Test-shots to savour included Tamiya’s 1/48 Spitfire Mk.I, Hong Kong Models’ 1/32 Lancaster B.I/ III, Zoukei Mura’s same-scale Kawasaki Ki-45 and Henschel Hs 129, and Airfix’s 1/48 Spit’ Mk.XIVe.