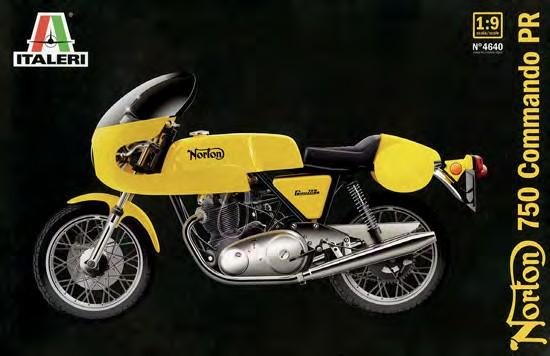 Few auto/bike kit manufacturers evoke past glories as does Protar, but its pleasing Norton 750cc is available via Italeri’s re-release. It comprises one vinyl and seven styrene runners (including two chrome-plated and one yellow frame), vinyl tyres and tubing, and an assortment of metal nuts, bolts, springs and shafts. The parts are unchanged from its original release, and this shows in the amount of flash, notably on the vinyl parts, but there’s much pleasing detail. It isn’t for beginners, but will build into an impressive replica; the single scheme is for the 1969-1970 ‘Yellow Peril’. While it’s great to see this again, the price is disappointing when one considers what comes with, say, a 1/35 Dragon kit, although it should be available at discount via online retailers. 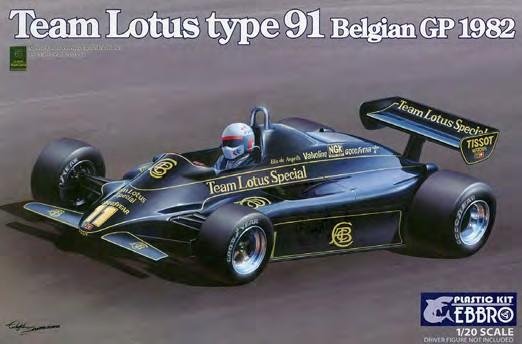 Ebbro has already moulded the Type 91 from 1982’s British GP, but this boxing offers the car in Belgian GP format from the same year. Like its predecessor, it features superb monocoque parts and impressive engine detail, although some components are very delicate. Much of the powerplant is moulded in satin aluminium, but there is a chrome runner carrying the wheels, roll loop and other items. More experienced modellers will strip this and add their favoured metallic hue. The rubber tyres have pre-applied Goodyear legends, there’s a smoked-clear engine cover and textured nut decals. Ebbro has rightly deferred to cigarette advertising rules and offers its own devices to replace the John Player Special sponsor markings. The decal sheet is splendid though, with seatbelts, carbon-fibre panel sections and race numbers for Elio de Angelis (#11) and Nigel Mansell (#12). 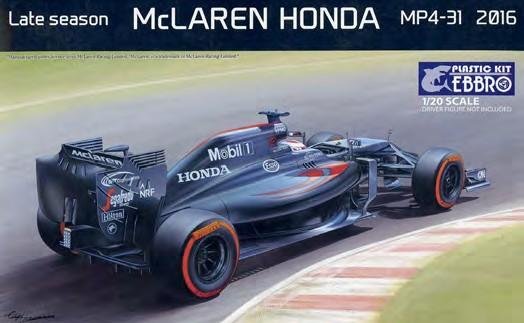 Having moulded three versions of the 2015 MP4-30, Ebbro should be well versed in McLaren Honda cars. This boxing portrays 2016’s MP4-31, notorious for its lack of obvious design changes and many retirements during that season. There’s much to like though; all parts are in black styrene to aid painting, the complex front aero devices look suitably involved and the decal sheet includes seatbelts and steering wheel detail. The kit reflects the cars raced at the 2016 Spanish GP and offers new sponsor markings for the Japanese GP, too. It also has preapplied red Pirelli legends on the tyres (denoting super-soft), but no facility for yellow ‘soft’ Pirelli markings are provided. Race numbers and names for Fernando Alonso (#14) and Jenson Button (#22) are given. 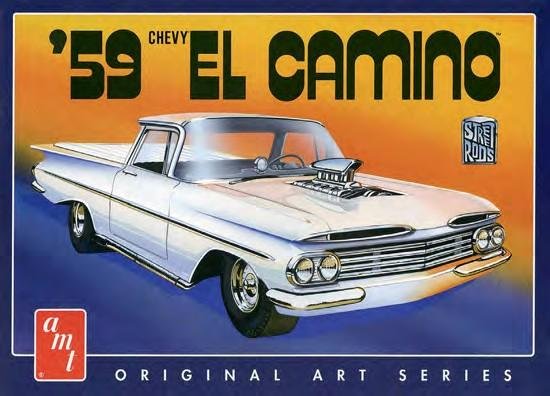 AMT’s lovely Camino gets another airing, released as part of its ‘Original Art Series’ and is basically unchanged from its first street/ stock iteration. There are ten styrene runners, three of which are clear and one is chrome-plated, with separate upper/lower body halves and two sets of vinyl tyres… a print of the boxtop artwork is hidden under the box divider. Parts will need a modicum of neatening before assembly, notably the chromed items, but this looks to be a fun build. Options abound, with two complete engines (triple-carburettor or supercharged V-8), alternative front grilles, wheels, dashboards, windscreens, ride heights (low, stock or raised), exhausts, with/without tonneau cover, and a choice of cargo bay fittings. No painting instructions are included, but there’s a huge variety of logos and slogans on the decal sheet to brighten the chosen livery.