Matthew Porter readies his Hobby Boss 1/48 F-105D Thunderchief for a Vietnam sortie with the aid of aftermarket munitions and markings. 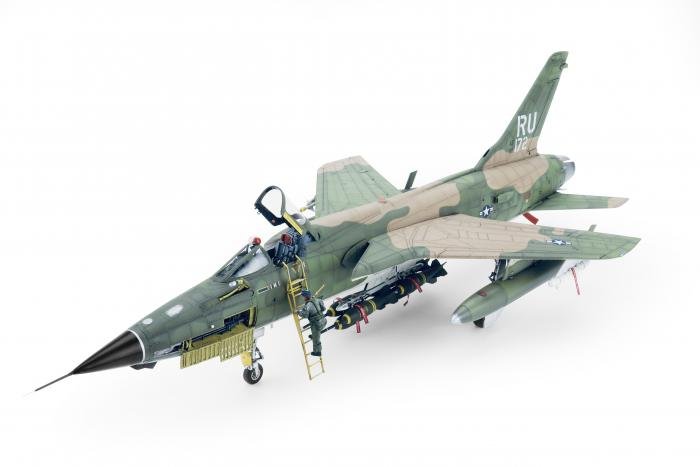 First flown in 1955, the ‘Thud’ entered service in 1958 and, at the time, was the largest single-seat, single-engine combat aircraft in history, weighing approximately 50,000lb. With highly swept wings and forward-angled air intakes, it was instantly recognisable and could haul up to 14,000lb of bombs and/or missiles – more than a World War Two B-17 Flying Fortress.