With a new owner in place, the 1970s proved a successful period for Hornby, with a new brand name, new models and exciting innovations, as MARK CHIVERS discovers. 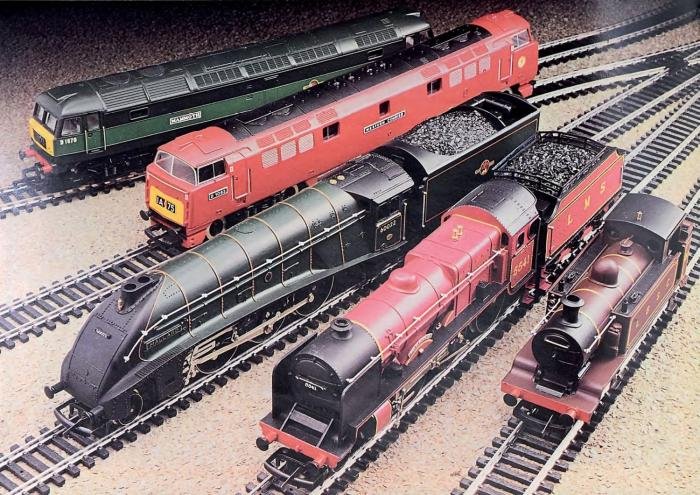 Train sets remained an essential part of Hornby’s business including those using newly created models such as the Class 25. This set, R785, was listed in the 1979 catalogue.

DUNBEE-COMBEX-MARX was a large toy group, employing around 6,000 people worldwide, with the recent acquisition of Rovex Ltd forming a large part of the business. Following the takeover, there was a need for the company to change the trading name of its model railway system, from the packaging to the branding on a locomotive’s chassis or piece of track. It wasn’t a dramatic alteration - more of a transition really, as the boxes remained red with yellow lettering, while the company logo still retained much of its previous form and the lettering now appeared as HORNBY Railways.