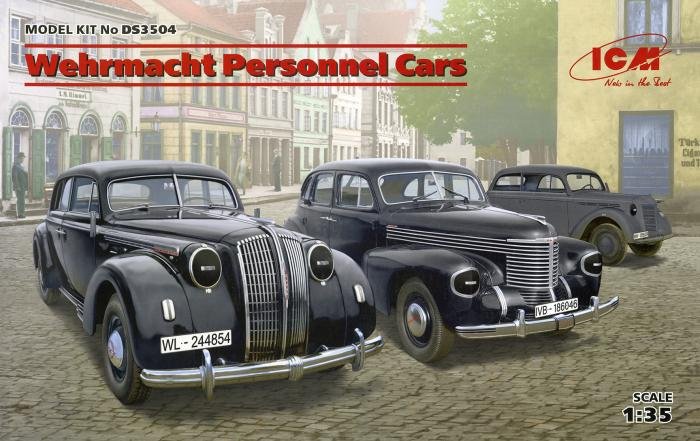 ICM has released another diorama set combining several 1/35 kits: its trio of Opel saloons, 35742 Admiral, 35475 Kapitän and 35478 Kadett K38, in the guise of World War Two-era German staff transport cars. These were tooled between 2012-13 and just the Kadett has been re-released since 2014, so this is a great opportunity for those who missed the initial boxings.

It is essentially a combined pack of the initial releases, so there are no changes to the parts: the Admiral comprises five runners and a separate rear bodywork section – breaking down the exterior in this manner may cause alignment difficulties. Superb representations of the type’s separate chassis section and 3.6lit straight-six engine (which was also used in the firm’s Blitz truck) are included, and a neat open bonnet option allows the latter to be displayed.