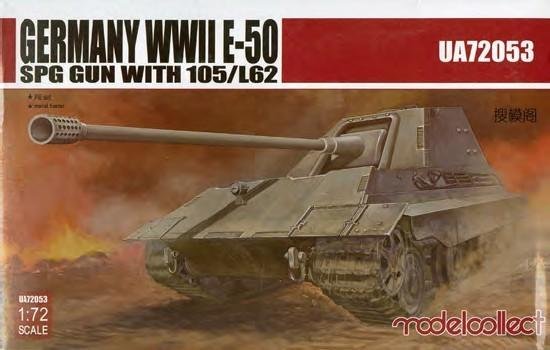 Not content with just providing the notional tank and anti-aircraft versions of the experimental E-50 chassis, Modelcollect has included the panzerjäger variant, complete with a high-sided casemate for the intended 105mm 62-calibre antitank gun. It comprises eight styrene runners, plus a separate lower hull, three small photo-etched (PE) brass frets and a turned brass main gun barrel. Tracks are of the link-andlength format, and this enables the type’s characteristic ‘sag’ in the upper sections to be replicated faithfully. Unlike other E-50 offerings, there isn’t an engine, but the exterior detail more than compensates, from the front-mounted engine grilles, to the convincing weld beads, separate engineering tools and even barrel cleaning rods.

The single scheme depicts a late-war, three-tone camouflaged vehicle, and there is a generic decal sheet providing hull numbers, unit and national insignia, and kill markings for the gun barrel. 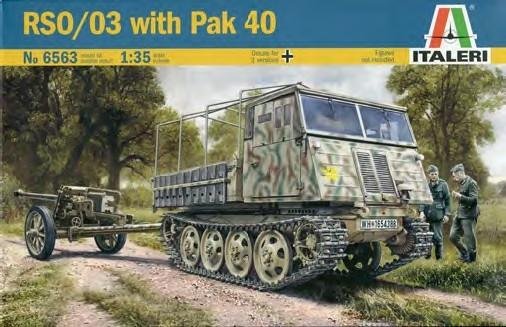 Despite being more than 40 years old, Italeri’s RSO offers generally flash-free parts (presented on six styrene runners), although detail is soft in several places. The suspension appears accurate when compared with reference photos, plus there’s a wellappointed cab and an option of open/closed cab and cargo bed – a complete frame is supplied for the latter. Tracks are provided as single-piece vinyl lengths, and there is a full complement of grousers. The gun is of a similar age, and builds into a reasonable replica, with options for firing/ transit configuration. Markings for two machines are included: 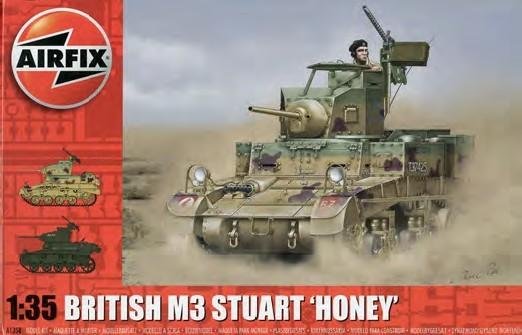 The first of Airfix’s re-packaged Academy 1/35 offerings covers the M3 Stuart, and enables a British or US Army version to be built. The styrene components are unchanged from the original kit, so there’s a faithful representation of the Vertical Volute Spring Suspension, a busy interior and a choice of exterior stowage. Parts are supplied on nine styrene runners, and there are separate upper and lower hulls, both of which have crisply moulded rivets on the exterior. There’s a choice of vinyl ‘band-style’ or individual-link tracks; the latter features separate link plates, although modellers will need to experiment to determine how many are required per side. Two schemes are included: 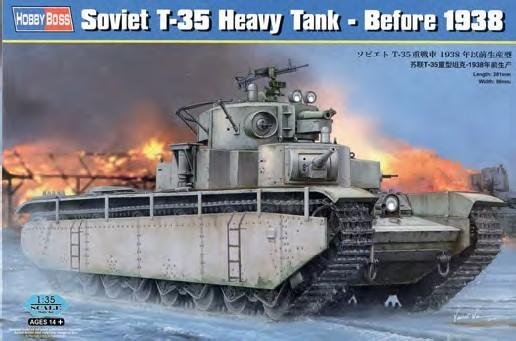 As a contender for the most unworkable tank design, few come close to the multi-turreted T-35, which had five separate gun mounts. Hobby Boss’ offering serves as a reminder of how big this vehicle was – it comes on 20 styrene runners (including a transparent duplicate for the main turret and side skirts), plus separate hull halves and turret casings. The gun mounts are of the early cylindrical style, with accurate representations of the 76mm, 45mm and 7.62mm weapons. Detail on all parts is sharp, with minimal flash or sink marks, and three photo-etched brass frets provide a wealth of refinement. Tracks are supplied as link-and-length items, with convincing tread on the outer faces. Decals are provided for two overall 4BO Russian Green vehicles equipped with turret rails, but there’s no unit information supplied. 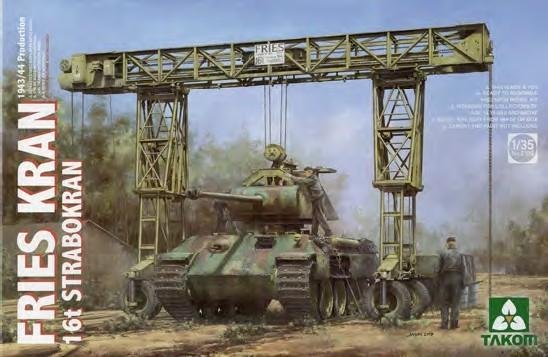 The Strabokran (road gantry crane) was designed as support equipment for Panther and Tiger units, as the turrets were otherwise too heavy to remove during field maintenance. It comes with eight styrene runners, eight vinyl tyres and lengths of chain and nylon thread, this is a surprisingly complex offering, with the option to build the crane in deployed or transit configurations. Best of all, the lifting cradle has workable alignment and lifting mechanisms, with styrene gears and cogs, making this a miniature engineering marvel, as well as a remarkably accurate replica. Four schemes are provided; these feature different camouflage patterns and all colours are listed as AMMO-MIG products. This superb crane is also available as a combination set with a Panther Ausf.G (2108), V-2 rocket (2123) or SS-100 tractor (2124). 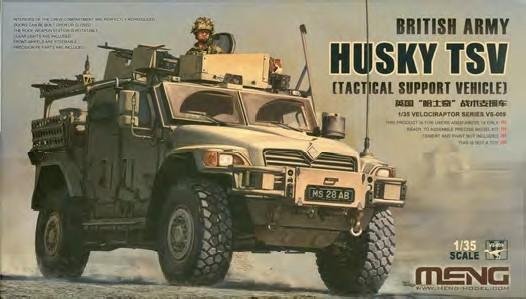 Fans of modern British Army vehicles have a comparatively poor selection of styrene offerings, so it’s great to see Meng’s 1/35 Husky, which represents the latest generation of patrol/ reconnaissance/security vehicles. The crisply moulded parts are supplied on seven styrene runners, plus separate bonnet, truck bed and driver’s cab, four hollow vinyl tyres and a photo-etched brass fret. There’s a wealth of detail on offer, from the fully equipped internal storage racks and superb gunner’s cupola to the integrally moulded seat harnesses and accurately replicated suspension. The rear cargo deck includes radio and improvised explosive device countermeasures antennas and a selection of jerrycans and boxes to fill the storage spaces, but there is no personal equipment for the crew. The single colour scheme depicts an overall desert sand vehicle, with a choice of two British Army registration plates, although no unit information is provided. 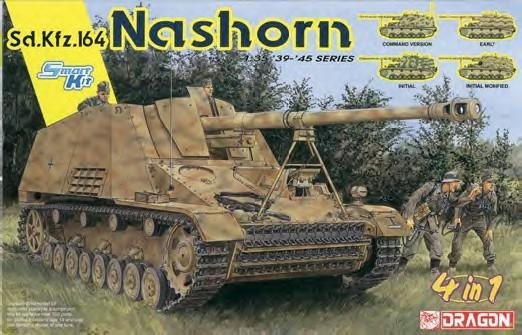 Dragon has packaged parts for all four variants of its Nashorn into a single box, and at a reasonable price too. It comes on 18 styrene runners, plus separate track links, lower hull and PE fret, in the firm’s usual ‘mix-and-match’ approach. Unsurprisingly, the instruction leaflet is pretty busy and while the distinction between variants is straightforward, other choices (such as the drive wheels) are offered without explanation. Tracks are supplied in the firm’s Magic Track individual-link format. Arguably the kit falls short on the markings choices, as there are just four schemes offered (with one example of each variant): 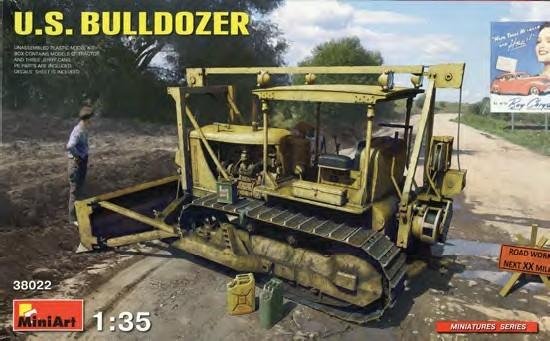 MiniArt has continued its range of ‘dozers with Caterpillar’s classic D7 design, of which updated versions are still in use today. While it shares many components with previous releases, there are six new/replacement runners, bringing the total to 36, plus a length of thread and a single photo-etched brass fret. It’s another masterpiece of packaging, as the runners are crammed with finely moulded components. There are no flash or sink marks, and the detail is of the highest quality, notably on the engine, which captures the appearance of the real powerplant accurately. Similar attention is paid to the running gear and suspension; the tracks are of the individual-plate type, with multi-piece workable sprocket mounts. The two schemes depict overall yellow and red-brown machines, with the decals limited to Caterpillar logos and roadworks sign.