The baseboards are here and RICHARD WATSON’S plans for a new New Junction ‘OO’ gauge layout are off to a flying start. He reveals the story behind the layout and its first steps. 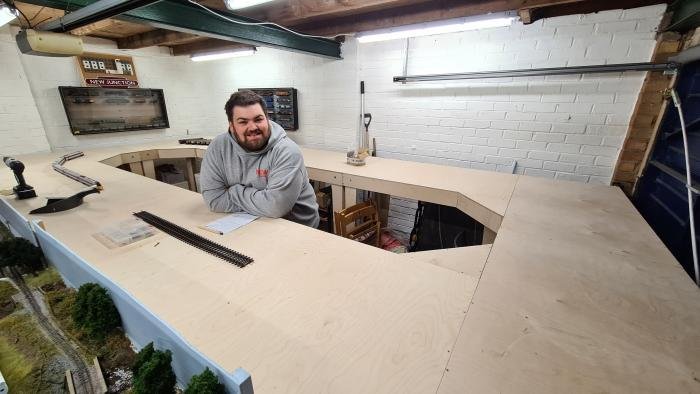 Above: New Junction’s second coming has started with the arrival of a set of Birch plywood baseboards to create a 16ft x 8ft footprint. Track planning is in full swing.

IT’S BEEN seven years since the start of the first incarnation of my model railway known as New Junction, an East Coast Main Line (ECML) inspired layout built for Class 91s and HST sets so I could relive fond memories of the line. Wind the clock forward to today, with the original layout becoming victim to a house move, it is time to recreate the dream with New Junction Two.