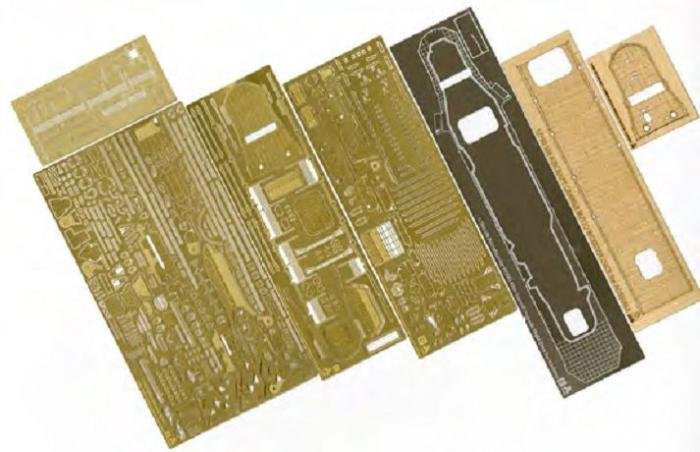 If the deck package seems busy, it’s nothing compared to the two PE brass frets in the IJN Carrier Ryūjō (after 2nd upgrade) Set (SE-70015), which supply railings, ladders, walkways, lattice masts, funnel trim, cranes, yet more deck netting and even extra hull compartments. Regardless of whether this is used on its own or with the flight deck improvements, it will transform the appearance of this carrier kit. More details are at: www.tetramodel.co.kr or www.sovereignhobbies.co.uk