Snowploughs, Railhead Treatment Trains and much else besides – with one eye on the weather forecast, TIM SHACKLETON looks at some of the specialised vehicles that keep Network Rail running. 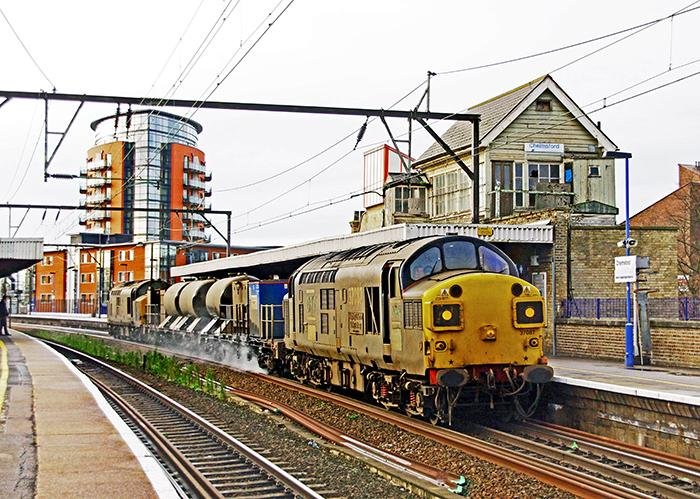 Above: Railhead Treatment Trains have become a popular subject amongst railway photographers and modellers. On December 1 2011 DRS Class 37 37087 Keighley and Worth Valley Railway 40th Anniversary 1968-2008, with 37688 at the rear, passes through Chelmsford working a Shenfield-Clacton RHTT. The external condition of the locomotive and wagons is typical of these sandite trains. John Day/Railphotoprints.uk.

The British climate impacts on railway operation in all kinds of ways – from the day-to-day effects of rain, high winds, heat and extreme cold to perennial grumbles such as ‘leaves on the line’ and the disruption caused by periodic heavy snowfall.