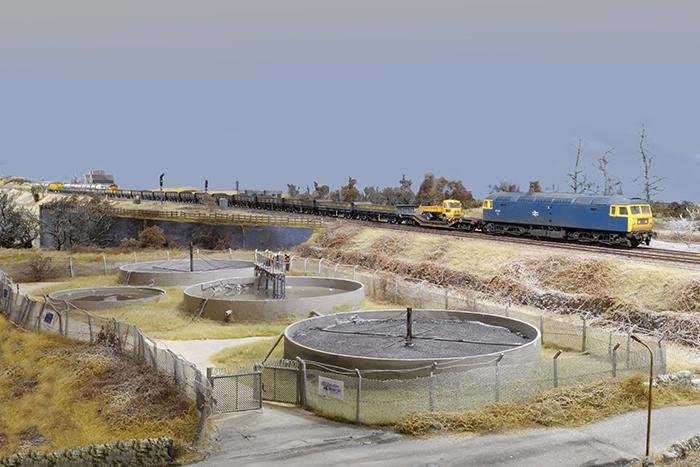 Above: A Class 47 passes the sewage treatment plant on the approach to the bridge over the River Calder on Britain's Biggest Model Railway.

IT IS ONE thing taking your average model railway layout to an exhibition for a weekend, but when it requires two articulated lorries and weighs over 5tons and consists of more than 90 baseboards it is a whole different challenge. But Simon George and the Britain's Biggest Model Railway team have done just that by taking the mind-bending 200ft x 50ft 'O' gauge model of Heaton Lodge Junction out for its first two week long public event in Wakefield.