There have been many books dedicated to US Army Air Force aircraft during World War Two, yet few have focused on the weapons carried by these machines; Canfora Publishing’s latest release seeks to address that shortfall. 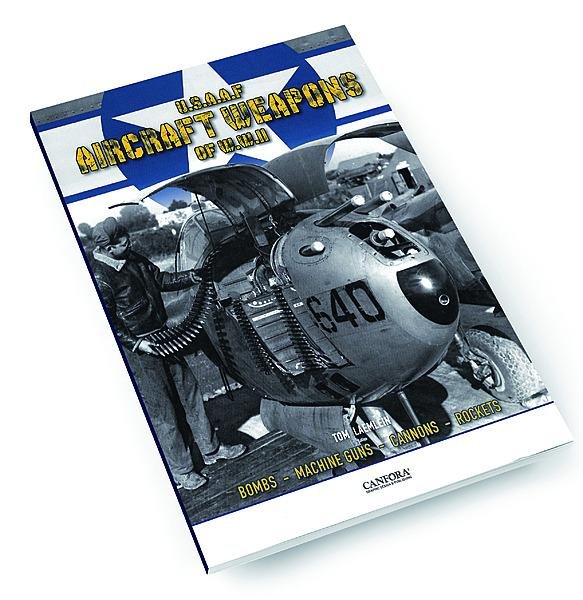 Written by Tom Laemlein, USAAF Aircraft Weapons of WWII (ISBN: 978-91-984776-0-3) is a magnificent collection of more than 300 high-quality photos (including rare colour shots) in its 160 pages, detailing the armament carried by American-designed fighters and bombers. The subject matter is divided in to three main sections –P for Pursuit, A for Attack and B for Bomber – before addressing how the various guns were maintained and closing on the bombs and rockets carried by USAAF aircraft types.

The photos have informative captions throughout, which also provide material on the units and aircraft. Maintenance and reloading scenes offer masses of detail on fighter and bomber ammunition bays, while also documenting how the belt-fed window- and turret-mounted guns in bombers were configured. Best of all, many of these photos have never been published before and thus reveal a new bevy of previously unknown aircraft subjects, many with attractive noseart and squadron markings. USAAF Aircraft Weapons of WWII retails for €29.90 and is available from www.canfora.se