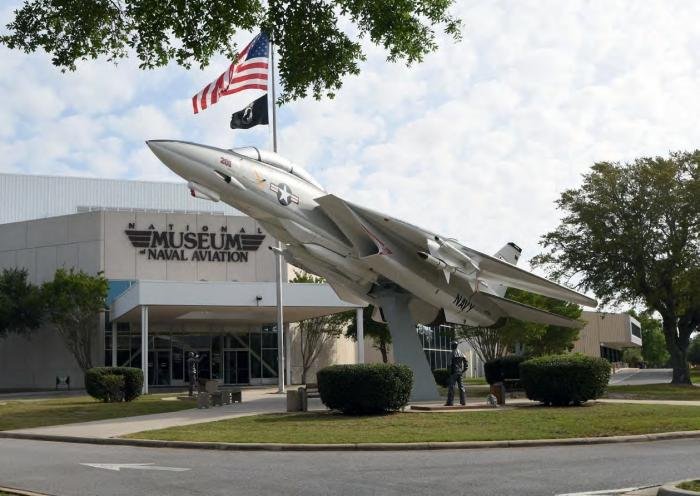 The collection houses a huge variety of exhibits, charting the developments in navy flying over the past century. This striking F-14 Tomcat gate guardian was the fifth airframe of the production line…and the first of the type to be put on public display. 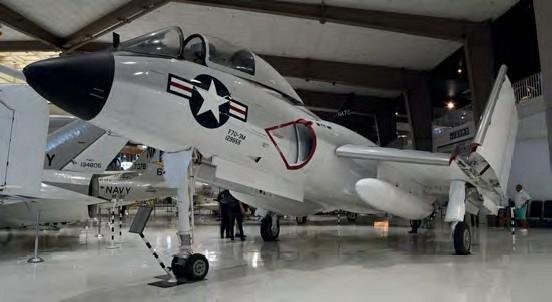 Chance Vought’s F7U Cutlass stood out among the somewhat more conventional designs in the South Wing of the collection. This unorthodox twin-tailed aircraft was unsuccessful due to various airframe and powerplant issues, earning it the nickname ‘Gutless Cutlass’.

The museum kindly afforded AMW access to the museum’s ‘back lot’. This Douglas A-3 Skywarrior was just one of the numerous naval aircraft that came into service during the 1950s. Affectionately dubbed the ‘whale’ by its crews, this example was the last of its type. 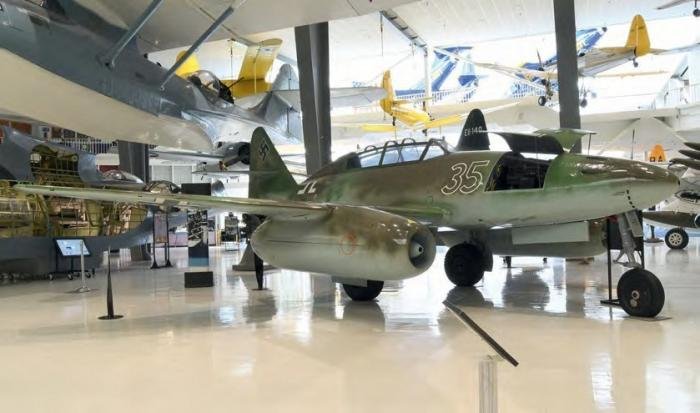 It’s not just American aircraft in the collection, This Me 262B ‘White 35’, captured by the Allies at the end of the war, helped to further the understanding and development of US jet technology.

The National Naval Aviation Museum, Pensacola, Florida, was established in 1962 to provide a permanent home for the United States’ long and varied naval aviation history. Situated on a vast 37-acre site, with 150 aircraft and spacecraft on display, the sheer size and number of exhibits required two full days to cover properly.