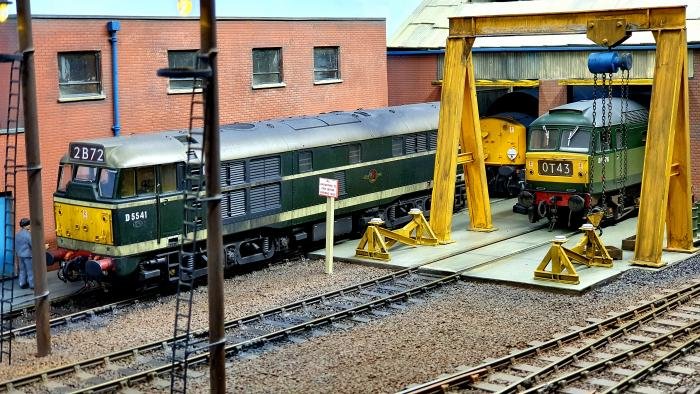 Hyde Lane takes its inspiration from the Healey Mills shed and incorporates features from other depots and yards around the country. This 'O' gauge model is one of 30 layouts booked to attend the 2020 Hornby Magazine Great Electric Train Show on October 10/11 at the Marshall Arena in Milton Keynes. See the Great Electric Train Show website for more information about the show and discount advance tickets.

Hornby Magazine filmed Nick Hughes superb 7mm scale layout at the Modern Image O Gauge show in November 2019 to showcase the range of pre-TOPS era diesels which have been collected for the shed. Highlights include classes 08, 31, 37, 40 and 47 from the Heljan stable. These carry both BR green and blue liveries with all locomotives carrying 'D' prefix numbers to represent the period before TOPS numbers were introduced in 1971.

The main building on the layout is the locomotive shed, which has been shortened to house one locomotive length instead of two. The sanding hoppers are based on those at the old Finsbury Park depot. The fuelling point is based on that at Tinsley with other influences also incorporated.

Join us as we tour Hyde Lane in this exclusive Hornby Magazine video. 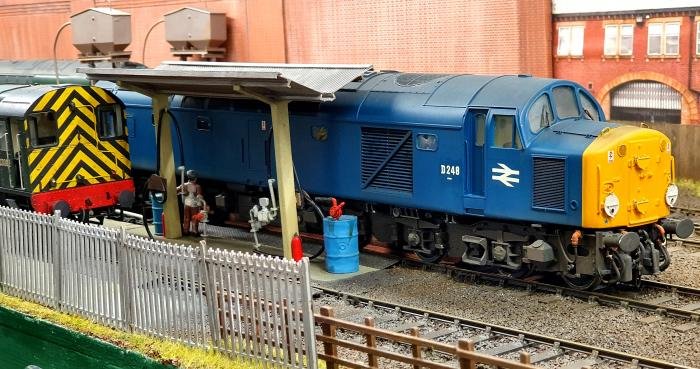