The final HST wind down

British Rail’s Inter-City 125 is one of the most recognisable and successful trains in railway history but is now reaching the end of its operational days. Some units, however, are enjoying a second life, as EVAN GREEN-HUGHES explains.

It is hard to believe the iconic Inter-City 125, or High-Speed Train, is now almost 50 years old. This sleek, streamlined design icon revolutionised railway services in the 1970s, lifting average speeds by around 30mph to 100mph and proving capable of sustaining 125mph for hours on end. They have been the mainstay of services on the East Coast, Midland and Great Western main lines for decades and have proved popular with passengers and operators alike.

Now, however, the fleet has been largely replaced on front line duties by new units from the Hitachi stable, yet a considerable number have escaped to find further use with some entering preservation, some in charter fleets and with a handful even finding employment on freight trains. 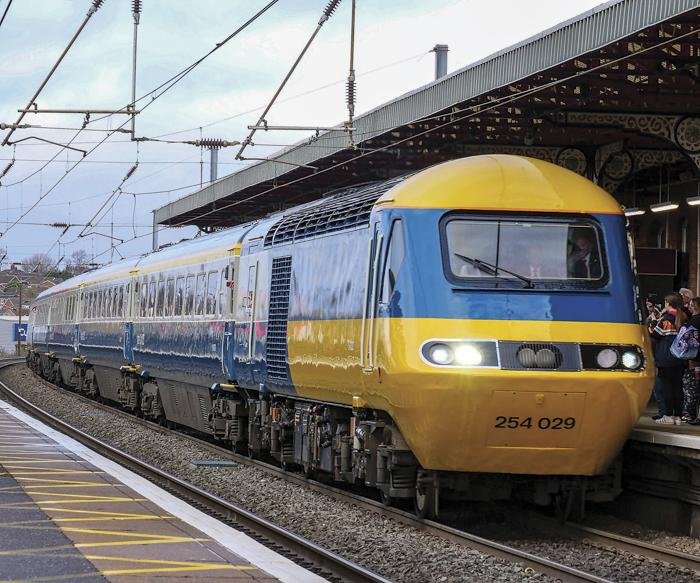