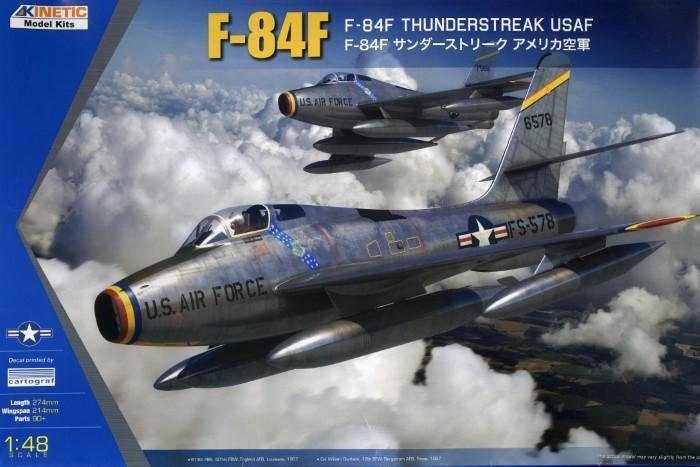 For many years we had to soldier on with ageing 1/48 kits of the Republic’s imposing Thunderstreak, until a new tooling from Kinetic hit the shelves in 2007. It was, in general, a major leap ahead as it had recessed panel lines and relatively sharp detail throughout. The original boxing even provided ball-bearing nose weights to combat tail-sitting.

Having been re-released with new markings several times, by Italeri and Kinetic, the tooling now gets another outing and offers fresh decals for two USAF machines from 1957. For the uninitiated, there are many pleasing features on this kit (K48113), which make it a desirable option… but it’s not perfect.