AS MODELLERS may be aware, the Wolf Miniatures resin figure range is being re-released gradually by its new owners, Sovereign 2000.

The latest re-issues are all in 1/35 scale, and depict a British tanker in ‘pixie’ suit (S2KW075), French tanker (S2KW072), Panzerfaust-toting German WereWolf militiaman (S2KW074) and a German seaman on leave (S2KW073). Both tankers and the sailor comprise just a figure, albeit with a differing number of components (anything from single-piece to having separate arms and head), while the trenchcoat-wearing WereWolf recruit comes with a neat twopart base. The poses are lifelike, and the facial expressions are superb, from the cigarettesmoking British tanker, to the impatient Frenchman and German sailor (depicted checking his watch). Equally impressive is the amount of detail, and the sculptor is to be commended for how clothing creases have been replicated. More news and product information is at: www.sovereign2000.uk.com 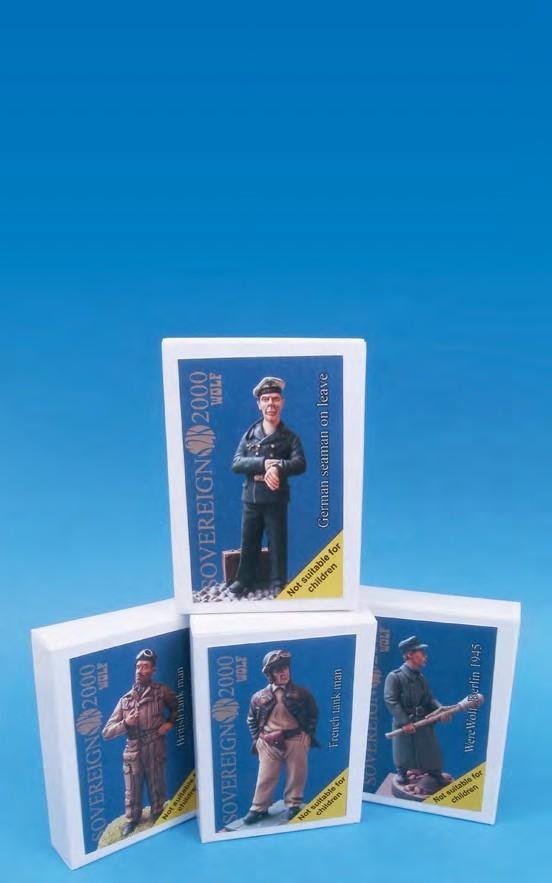