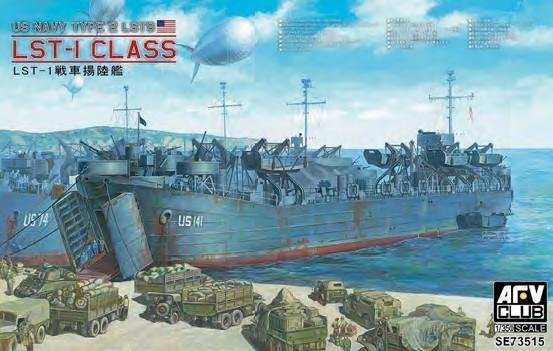 AFV Club’s newly tooled LST-1 class landing ship is the first styrene kit of this type and comprises seven styrene runners and a separate lower hull, which even has ‘bowed’ plating, as on the real vessels. It’s packed with detail, an includes a complete vehicle deck, although no tanks, guns or jeeps are provided; these are available separately (see Accessories, p.94). There are also options for open/closed bow doors, and different configurations of 20mm Oerlikon and 40mm Bofors anti-aircraft guns (and associated ammunition lockers), landing craft and equipment configurations, dependent upon the hull being built. As a bonus, there is an A4 poster of the boxtop artwork.

The seven schemes are: 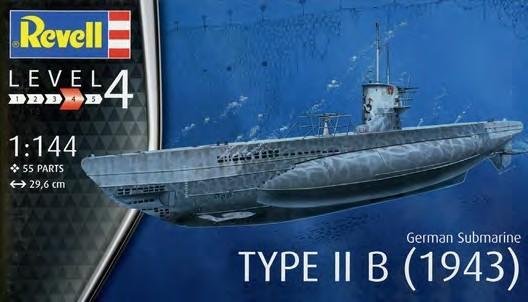 ICM’s Type IIB has again been re-boxed by Revell and is identical to previous iterations, apart from the decal sheet. All parts on the three styrene runners are moulded crisply, and there is a three-piece stand on which to display the full-hull model. This is an ideal introduction to submarine kits, as there’s a low parts count, and commendable detail throughout, notably the free-drain holes on the casing and decking. Similarly, the ‘wintergarten’ anti-aircraft gun stand and C30 cannon (a second is provided for the main deck) is superb; the inclusion of a helpful diagram will assist those wanting to add rigging. Compared to Revell’s earlier release, which had three markings options, this contains just one, U-20, but these have been updated with correct Olympic Rings (for the naval officers that joined the Kreigsmarine in 1936) and ‘boy with goose’ emblems known to have been worn by the vessel. 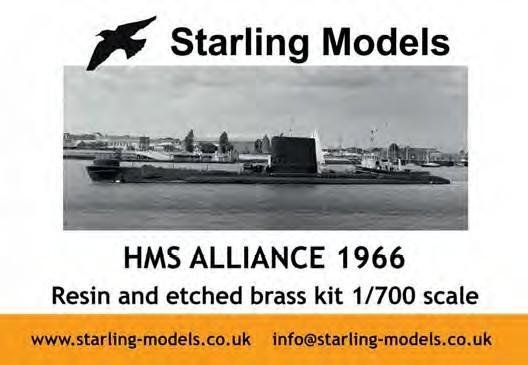 Part of Starling’s ‘Craftsman’ range (aimed at providing a quality kit for an affordable price), this is a four-piece resin and photo-etched (PE) brass miniature of HMS Alliance, an A-class diesel-powered submarine, as it appeared in 1966. It can be built as a waterline model and the hull, which features crisp detail (notably the flooding holes), will be easy to separate from the casting block. The remaining PE components comprise an anchor and two diving planes, making assembly a simple process. No painting guide is supplied, but two reference books are listed, which should provide modellers with al the information they require. 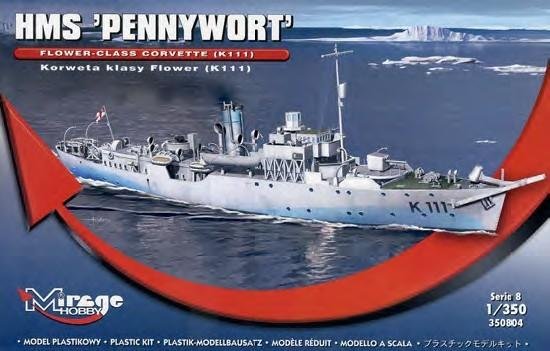 Modellers lacking space for offerings by Matchbox or Revell may find Mirage Hobby’s 1/350 Flower-class corvettes more to their liking. Its splendid offerings comprise three styrene runners crammed with well-moulded parts, notably the two-piece main hull, and a small PE fret for railings and ladders. This boxing provides markings for HMS Pennywort (hull number K111), which was operated by the Royal Navy in the mine-sweeping role, and was equipped with a bow-mounted acoustic hammer. Thanks to the provision of a neat two-piece stand, the hammer can be fitted in the stowed or trawl/lowered positions. All the type’s minesweeping and anti-submarine equipment is replicated faithfully, and the single scheme depicts HMS Pennywort as it appeared between 1942-45, with two-tone Western Approaches camouflage, and there are rigging diagrams provided for the vessel and acoustic hammer mechanism.