Dreadnought is a name associated with many ‘firsts’ in the Royal Navy, and OKB Grigorov’s lovely 1/700 resin offering caters for S-101, the UK’s first nuclear-powered submarine. Despite the subject’s historical significance, this is the first kit of the type, and comes in just a full-hull configuration, with the main casing supplied as a single-piece casting, plus a separate conning tower, diving planes and photoetched metal propeller blades. Given the scale, it’s not surprising there’s little extra detail, but the sonar done, flat upper deck and the windows and panels on the conning tower are well-rendered, and this should be a quick build. A neat single-part stand is supplied, upon which to mount the diminutive model. No markings or colour schemes are supplied, but RN submarines are generally overall black, although this does fade over time to a collection of greys. 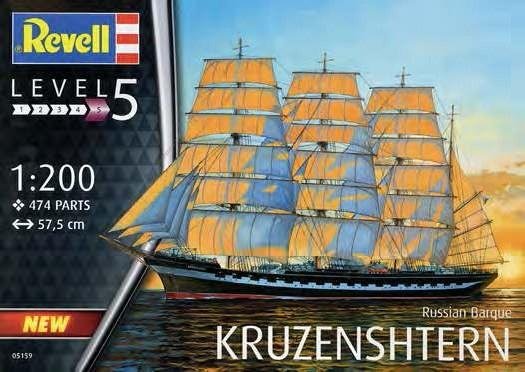 ICM’s impressive Kruzenshtern has been re-boxed by Revell, comprising the same 13 styrene runners — six grey, six white (for the individual sails) and one black; the latter supplies rigging shrouds. The detail is excellent, with fine engraved lines for the deck planking, and a wealth of additional fittings for the deck and superstructure, which results in a surprisingly high parts count. The ship’s mix of old and new is replicated faithfully, from the masts, sails and rigging (supplied as two lengths of thread), to the modern propellers and engine vents. The model is provided in just full-hull configuration and comes with a five-piece stand. A single scheme depicts the vessel after its 1972 renovation, featuring a black upper hull with full-length white stripe, and black ‘gun-port’ shapes. This is a stunning kit, and a worthy successor to vintage sailing ship offerings from Airfix and Revell. 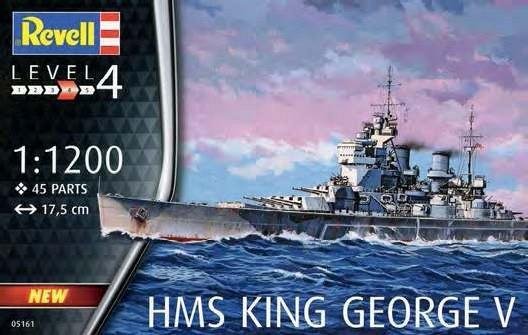 The original moulds may be 40 years old, but Revell’s smallscale HMS King George V has much to offer for modellers new to the hobby. There’s a pleasing amount of detail, and while some of it isn’t the most accurate, it’s more than sufficient to create interest in the subject, and the large locating pins may even permit this to be built without glue. Primary and secondary gun turrets are supplied as single-piece items, and there are representations of the ship’s extensive 20mm Oerlikon antiaircraft gun fit, with integrally moulded tubs and guns, along with separate octuple 2-pdr pompom mounts. It comes in just waterline configuration, while the small decal sheet supplies the ship’s name for the hull. The single scheme depicts the vessel in simplified Admiralty Disruptive Pattern camouflage and probably depicts the vessel post-1943. 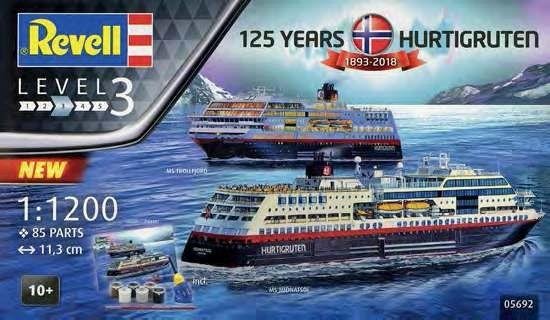 With all the recent wartime anniversaries, it’s great to see a civilian subject for a change, in the form of Norwegian ferry company Hurtigruten, which celebrated 125 years of operations in 2018. It’s been an ideal opportunity for Revell to re-box its MS Trollfjord and MS Midnatsol kits, along with a set of acrylic paints, Contacta Professional Mini and a poster of the box-top artwork. There are three styrene runners plus a separate single-piece hull/ superstructure for each vessel, and as they are the same class, the parts count is almost identical, although Trollfjord has a slightly different upper deck, lacking the Midnatsol’s helipad. All components are moulded crisply, and there is a surprising amount of detail given the small scale, notably the windows and funnel. The decal sheet is excellent, with all the red trim supplied, along with ship nameplates, and company legends.