THE Class 31/1 and 31/4 will be added to Heljan’s expanding modern image ‘O’ gauge collection together with new liveries for its Mk 1 carriages and the versatile Mk 1 Covered Carriage Truck (CCT) four-wheel parcels van. All were announced at the Gauge O Guild exhibition in Telford at the beginning of September.

The refurbished Class 31s are set for release in early 2020 and are currently undergoing design amendments before entering the decoration stage. They will have twin motors, directional lights and working roof fans as per the original condition locomotives produced in 2013 (HM70). 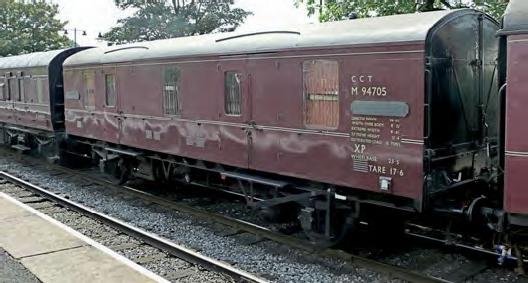 The popular BR Mk 1 carriages are also being modernised to suit operation with Heljan’s growing range of diesels. New Commonwealth and B4 bogies have been tooled to allow the coaches to be released in Network SouthEast, InterCity, Regional Railways and BR blue and grey liveries. The bogies will also be available separately.

The new carriages will be produced branded but without running numbers and are expected to be available in late-2019 or early 2020. Prices are due to be announced this autumn. 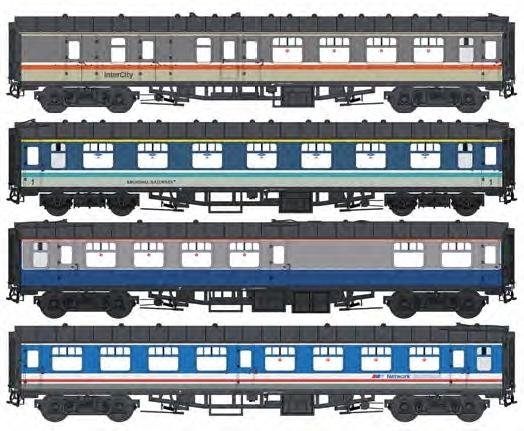 Completing Heljan’s Telford announcements is its plan to develop a 7mm scale ready-to-run BR Mk 1 CCT. It will be released in all significant liveries from steam era BR maroon through BR maroon and departmental colours schemes. Development is at an early stage and Heljan has said that full details will be announced as they are confirmed.

•Visit the Heljan Facebook page for the latest updates.

The KUA eight-axle nuclear flask wagon has been selected as KR Models' next ‘OO’ gauge ready-to-run model and it is to feature DCC operated opening cargo doors – a first for the British market.

The KUA nuclear flask wagons were introduced to transport nuclear fuel used by submarines in the Royal Navy from Devonport Dockyard. They feature two-part cargo doors and four separate bogies. Bombardier built the wagons in Wakefield.

Prices and release date are to be confirmed. 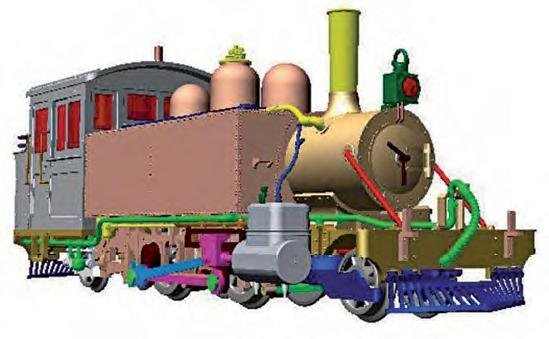 Prices are set at £189.95 for Digital Command Control (DCC) ready and £279.95 for factory-fitted DCC sound models. TMC will also be offering its weathering and parts fitting services as added options.

A pre-production decorated sample has been received for evaluation, with delivery expected during the second quarter of 2020. 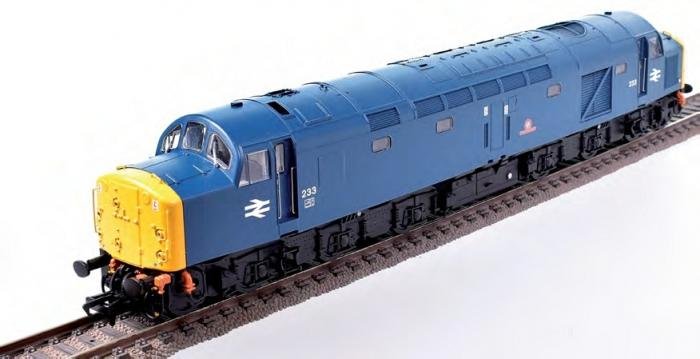 The latest decorated samples of its Class 21 and 29 North British built Bo-Bo diesels for ‘OO’ gauge have been shown by Dapol. They are scheduled for release in the fourth quarter of 2019 with prices starting at £151.95 DCC ready rising to £293.93 for DCC sound fitted versions.

The Dapol model caters for both the original disc-headcode Class 21s as well as the revised Class 29s with centre headcode panels and new engines.

Doors open at 10am each day with tickets priced at £10 for adults. Accompanied children under 16 enter for free. The venue has refreshements, disabled access to all areas, free parking and a vintage bus service running from Wigan North Western station on the West Coast Main Line. 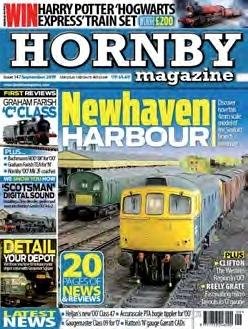 •The Great Model Railway Challenge is coming back to our screens this autumn on Channel 5. Dates were subject to change as Hornby Magazine closed for press, but it is confirmed to feature eight episodes with the first due to be released in September.

•Visit www.channel5.com for the latest updates.

•Romford Model Railway Society has advised that its annual model railway exhibition, due to take place on Saturday November 2 2019 at Marshalls Park Academy in the town, has been cancelled due to personnel and operating difficulties. New members to the society are always welcome.

•The wagon is available to reserve at www.krmodels.co.uk with a delivery timescale to be confirmed.