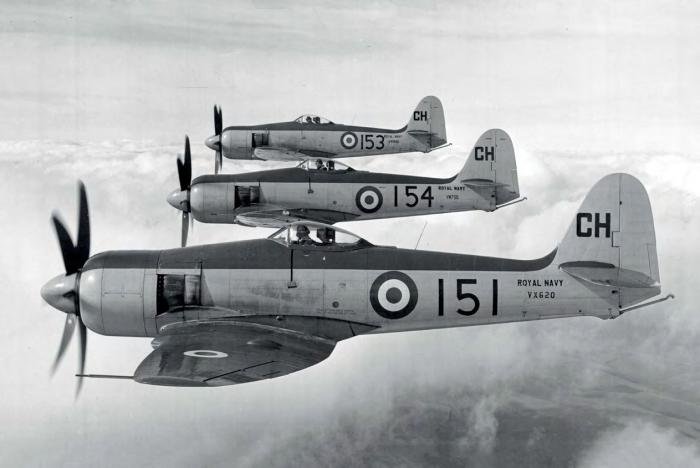 A tidy formation comprising three Sea Fury FB.11s wearing the ‘CH’ tail code of RNAS Culham, where they served with 1832 NAS of the RNVR in the early 1950s. (Key Collection) 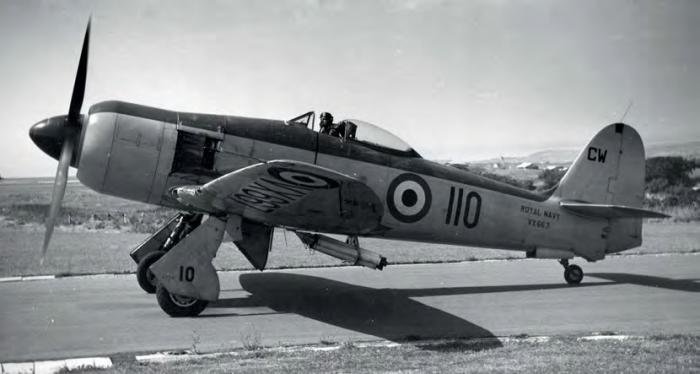 The Sea Fury could receive a boost for take-off with a rocket-assisted take-off gear installation fitted beneath the fuselage, as seen here mounted on FB.11 VX667 110/CW of 736 Squadron, from RNAS Culdrose in Cornwall. (Key Collection)

During the latter half of World War Two, the famous British aviation company Hawker Aircraft Ltd produced two significant single-seat combat aircraft for the RAF…the Typhoon and Tempest. Both these singleengined types served with distinction in combat, the Tempest being one of the fastest and most powerful Allied piston-powerplant warplanes in the closing months of the war. Tempests were eventually series produced in both inline engine (Napier Sabre) and radial (Bristol Centaurus) versions, the latter only serving as the Tempest Mk.II following World War Two.