Topley Dale has been the Hornby Magazine layout and the test track for all new releases for over ten years, but the time has come to move on to bigger and better things. Join Mike Wild and Richard Watson for this final video from the layout where they chat about the railway's journey and go over some of the highlights.

'Topley Dale' or the 'OO' gauge Peak District themed layout on the top level of the test track has been the familiar backdrop to hundreds of review videos and even featured in its own build series where the team covered the build of the scenic diversion route, the layout's even featured on TV in the first series of Hornby: A Model World. 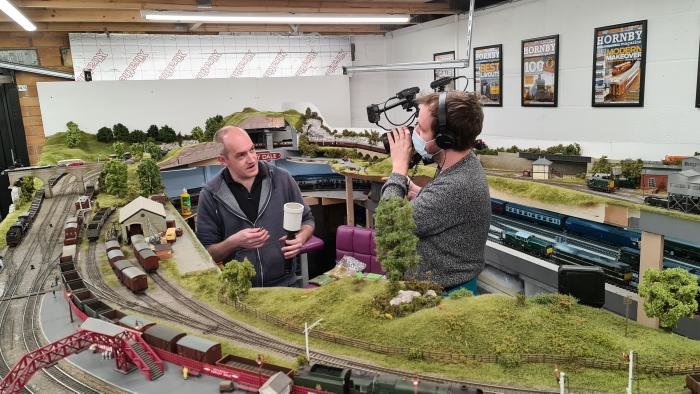 Above: Mike Wild being filmed for Hornby : A Model World for the TV channel Yesterday.