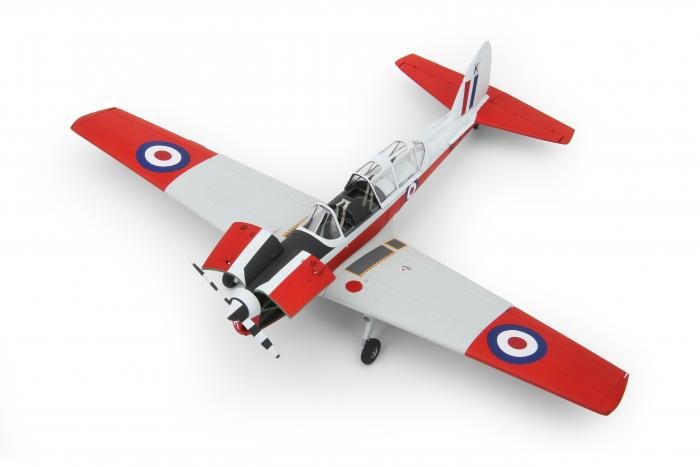 Designed by de Havilland Canada to replace the legendary Tiger Moth trainers used by the Royal Canadian Air Force, the DHC-1 Chipmunk followed in the footsteps of its illustrious biplane predecessor and went on to become an aviation classic in its own right.

Although production began in Canada, the ‘Chippie’ also turned the heads of the RAF, and licensed production began in the United Kingdom. Stable but fully aerobatic, the type became an essential part of RAF flying training and was used to teach generations of up-and-coming pilots. Beyond this, the Chipmunk allowed vast numbers of people to experience the wonder of flying for the first time through service with University Air Squadrons and Air Cadet Air Experience Flights.