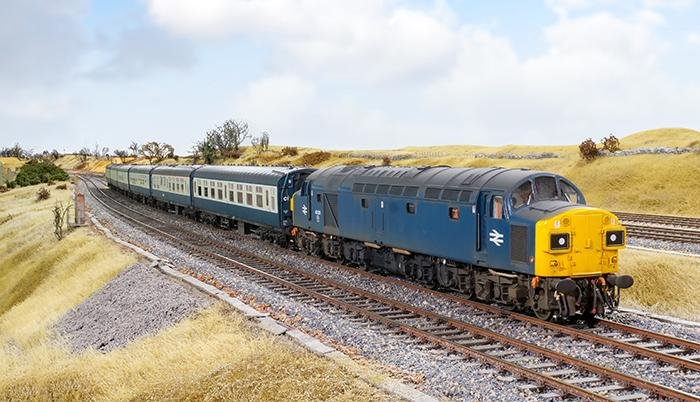 Above: Mk 1s have been a popular choice for 'O' gauge ready-to-run projects with Heljan, Ellis Clark Trains and Lionheart Trains all making versions. Here a kit-built Class 40 leads a rake of BR blue and grey Heljan Mk 1s through Heaton Lodge Junction - watch our feature video on this stunning 200ft long layout here on KeyModelWorld.

If you have been considering adding BR Mk 1 carriages to your 'O' gauge fleet then you have plenty to choice from - and from three different sources. The first of the current generation of mass-produced ready-to-run 'O' gauge Mk 1s were released by Heljan in 2010 (HM35) while more recently we have seen new arrivals from Darstaed through Ellis Clark Trains in 2018 (HM130) and most recently Lionheart Trains has added a brand new range of Mk 1s to its collection too (HM168).