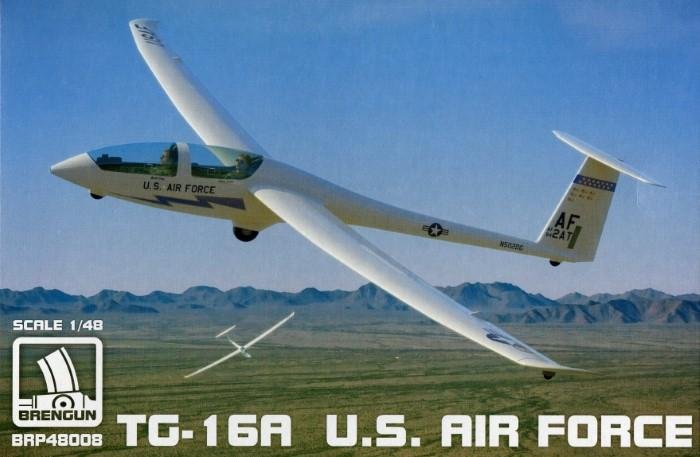 Scale models of gliders have become more prevalent in recent years, but they’ve tended to be of vintage types. However, fans of modern sailplanes were delighted when Brengun launched its 1/48 Flugzeugbau DG-1000A glider kit two years ago. Now, the kit has been re-boxed with new decals to portray the United States Air Force version, the TG-16A, flown by the USAF Academy in Colorado. 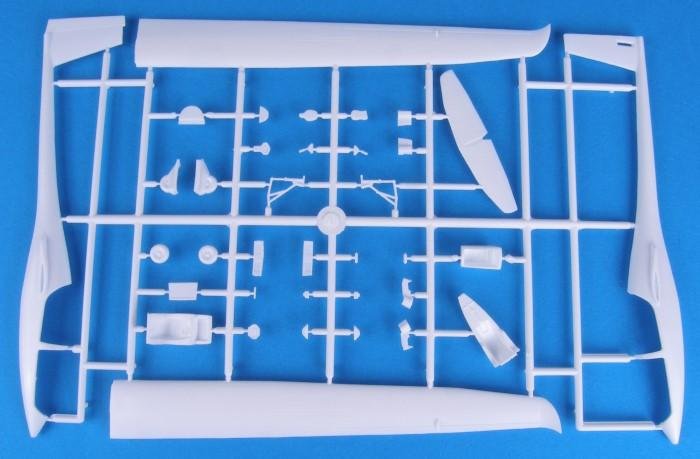 Above: All the necessary parts come on a single runner, and there are also several spare pieces.

The kit (BRP48008) comes on one white styrene runner and externally is simply moulded, echoing the real machine. Each mainplane comes as a one-piece item, with engraving to denote the ailerons and upper wing spoiler panels. It’s slightly busier on the inside, though, by way of a two-part cockpit tub with instrument panels (these having moulded dial detail, no decals) and control columns.