Topley Dale has gained a third bridge scene with a new four-arch low height viaduct being built for the diversion route. MIKE WILD explains how it was assembled using the popular Wills kit. 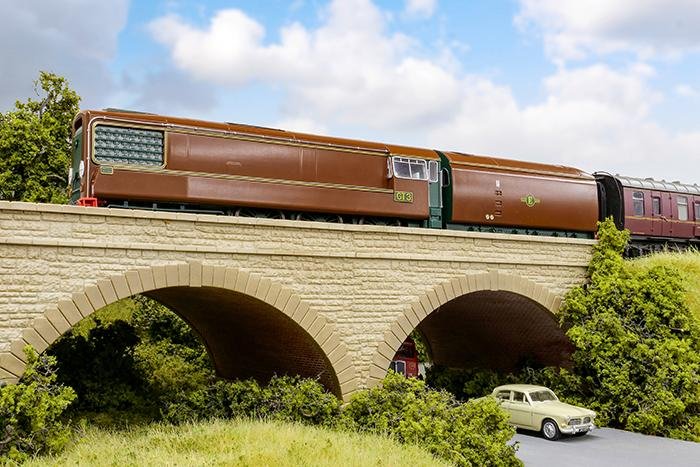 Above: The new four-arch viaduct has created an attractive new vista on the Topley Dale diversion route. KR Models’ GT3 crosses with a passenger working as an Oxford Diecast Volvo Amazon passes underneath.

THE DESIGN FOR TOPLEY Dale’s diversion route features a road under the railway and I wanted a waterway to pass under the line too to create that sense of the railway cutting through a rolling landscape. Those two elements combined meant bridges were required to allow the railway to cross both in a realistic manner.