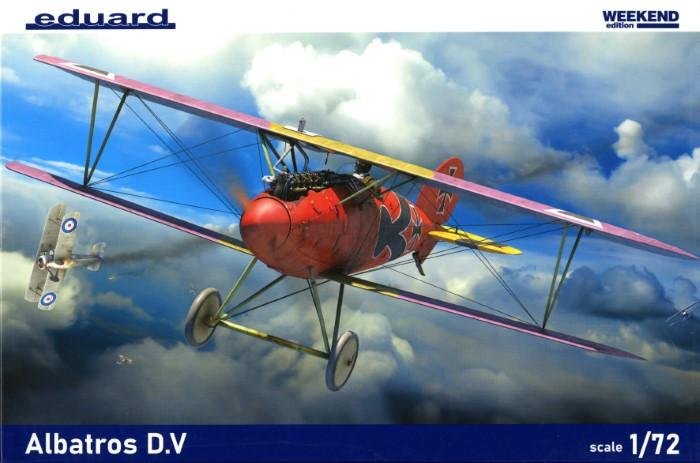 Those who much prefer drab camouflage look away now… otherwise we can’t be responsible for the effect!
It’s arguable that the drive behind Eduard’s re-release of its 1/72 Albatros D.V is that of colour, and plenty of it. While the kit is a mostly splendid offering, and accurate, it’s the new liveries that will excite many a World War One fan − or modellers who seemingly like to throw more bright hues onto their styrene than Jackson Pollock did on canvas.

While the parts come on just a single runner, the two large and beautifully printed decal sheets alone make this kit a steal at just £6.27 (Eduard online price)… ridiculously good value, especially when you consider that the firm’s bespoke photo-etched metal detail set (SS741) costs the same as the kit itself. Buying both will hardly break the bank. 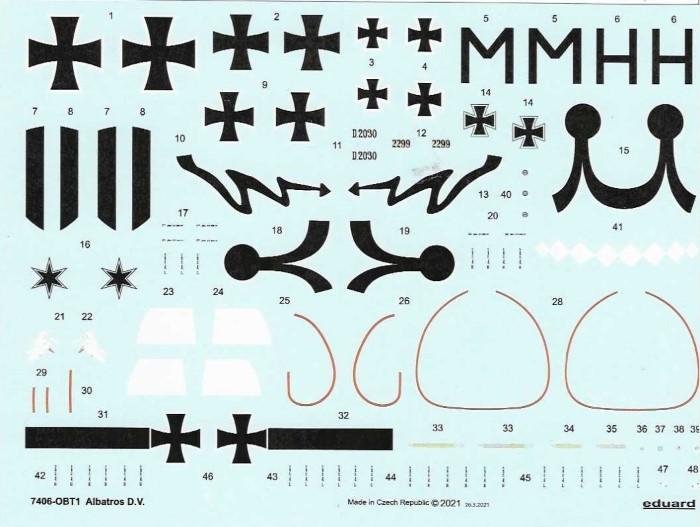 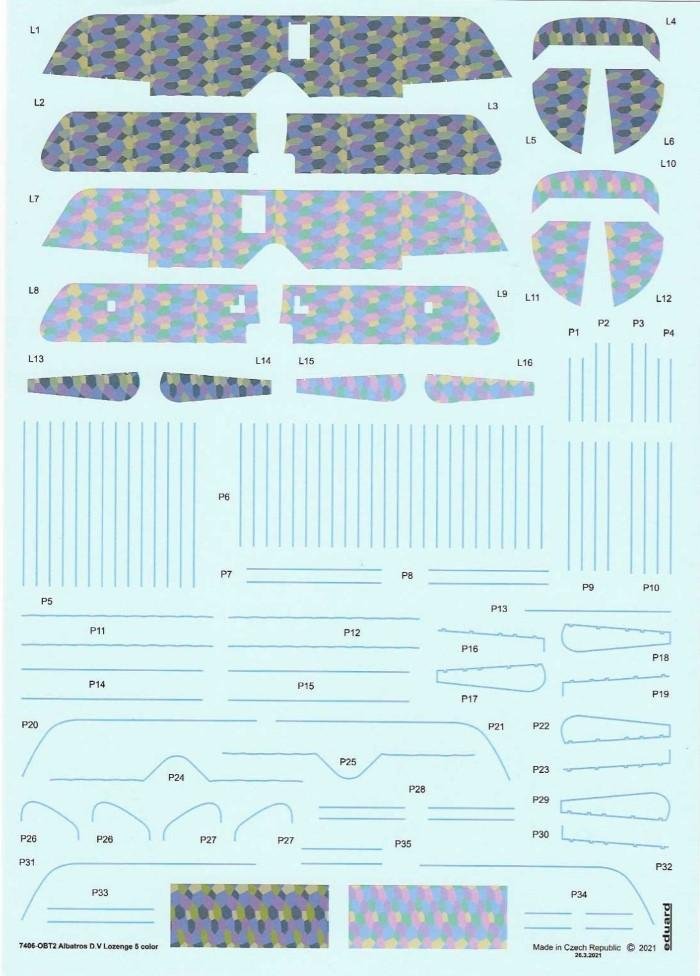 The fuselage has a spot-on shape and well-placed panel lines, and the wings possess a pleasing stressed skin effect. Detail highlights go right down to the tiny machine-gun barrels, which have convincing cooling jackets. As mentioned though, the liveries are all knockouts, and the larger decal sheet carries authentic-looking lozenge pattern sections for the wings and horizontal stabilisers, and a wealth of rib tape strips.  The only wood grain visible on these aircraft is via the propellers, and then it’s a case of riotous hues working backwards on each machine. It’s as if the pilots are all saying: “Come and get me!”

For further details visit: www.eduard.com, and see below for the schemes… 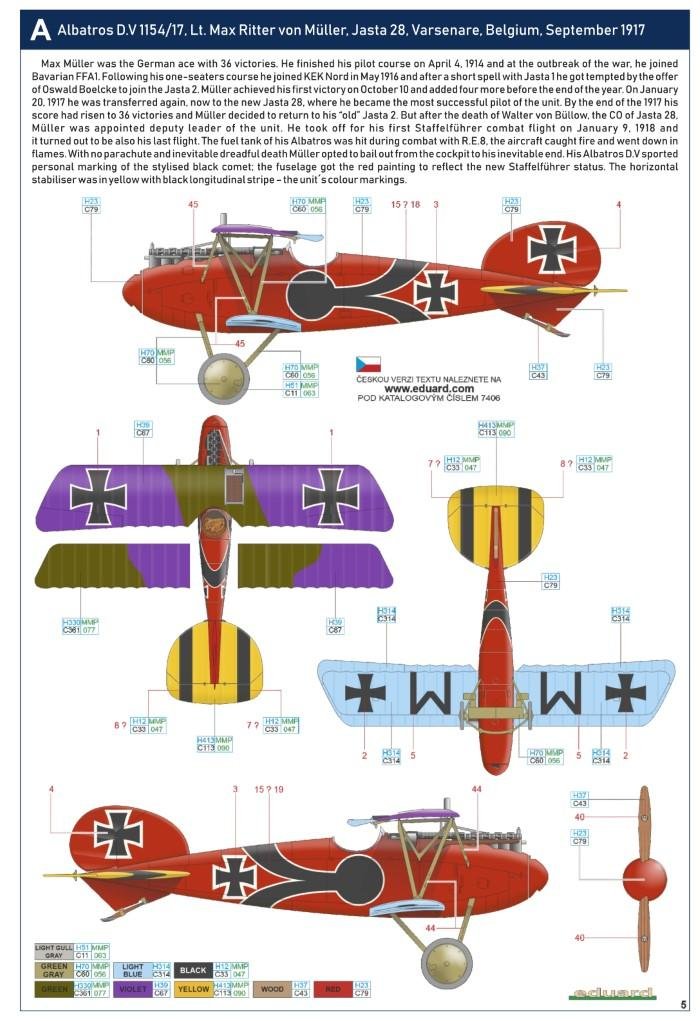 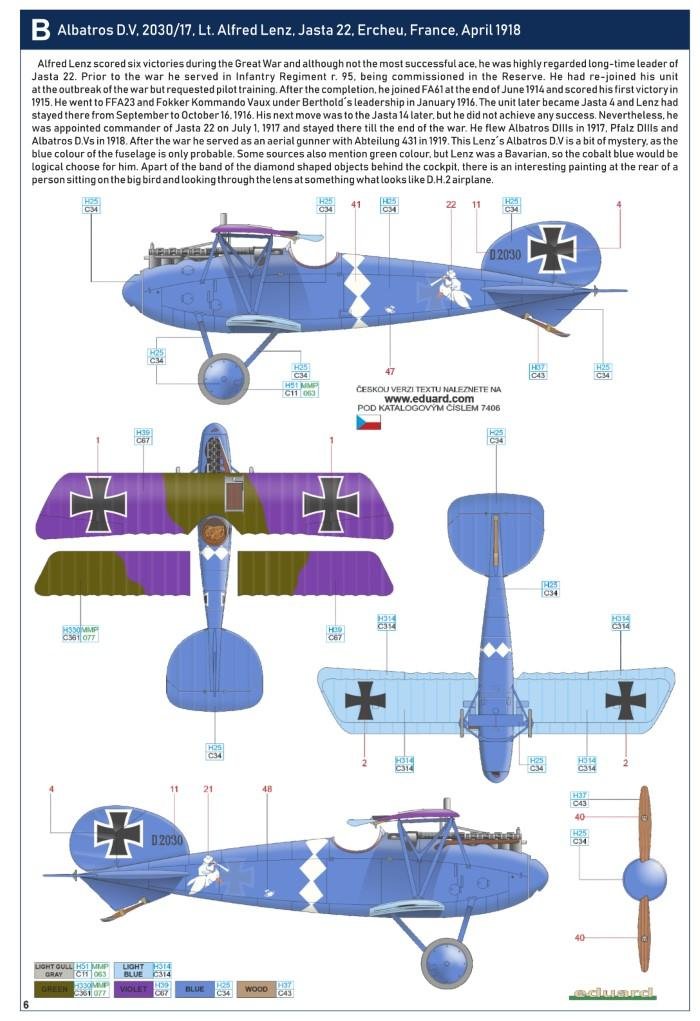 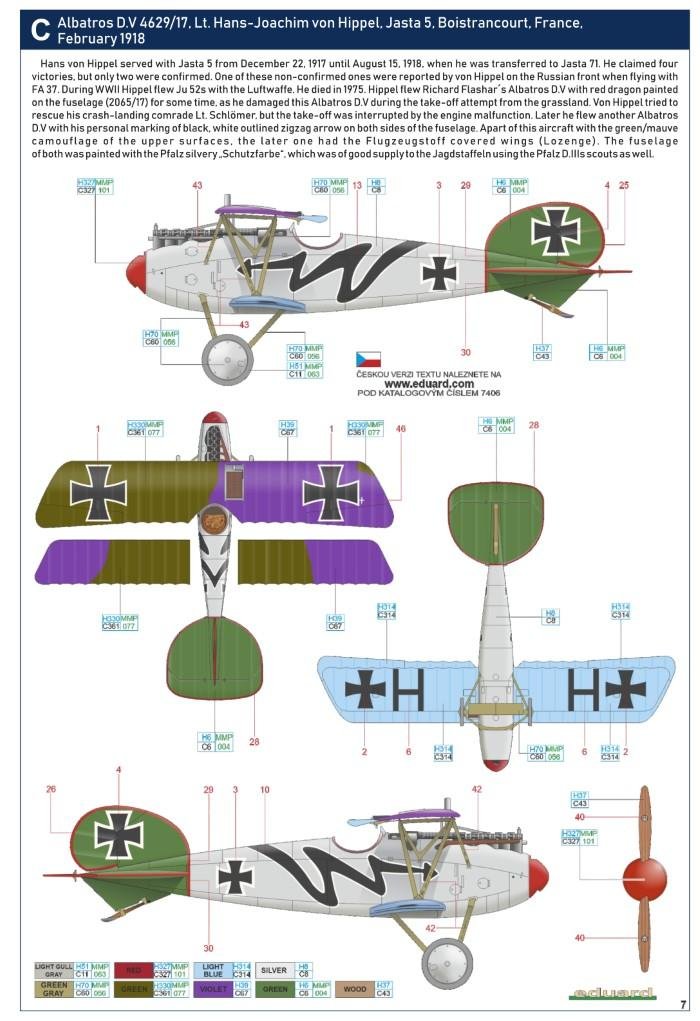 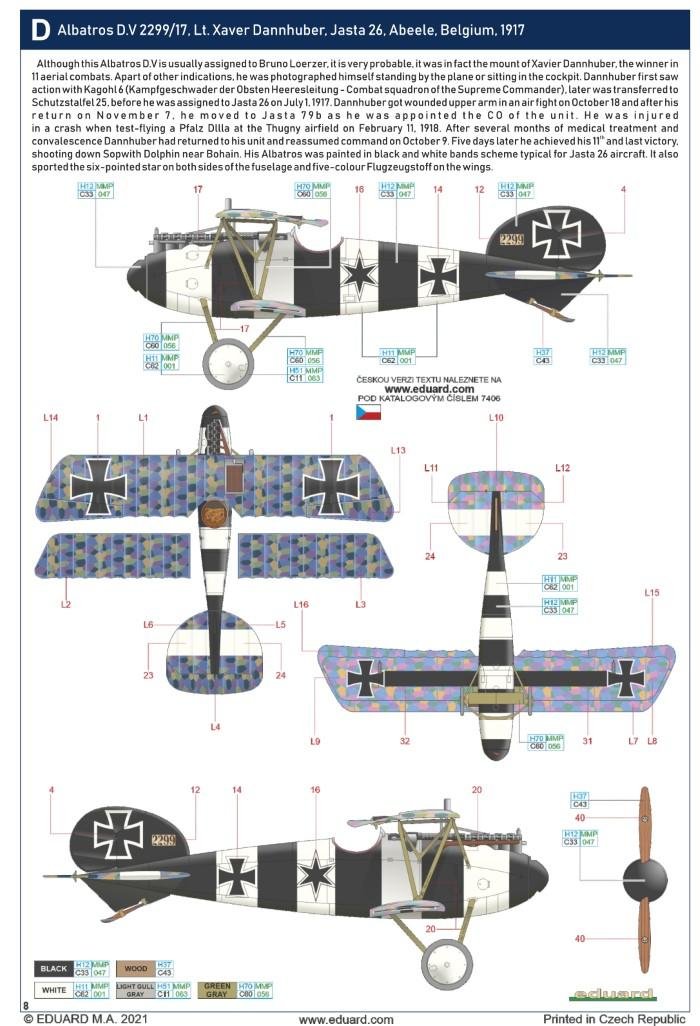