With a package brimming with photo-etched metal and resin extras, Eduard’s limited-edition ‘Jugs over Germany’ is a one-stop shop for creating a 1/48 Republic P-47D Thunderbolt, as Richard Spreckley reveals. 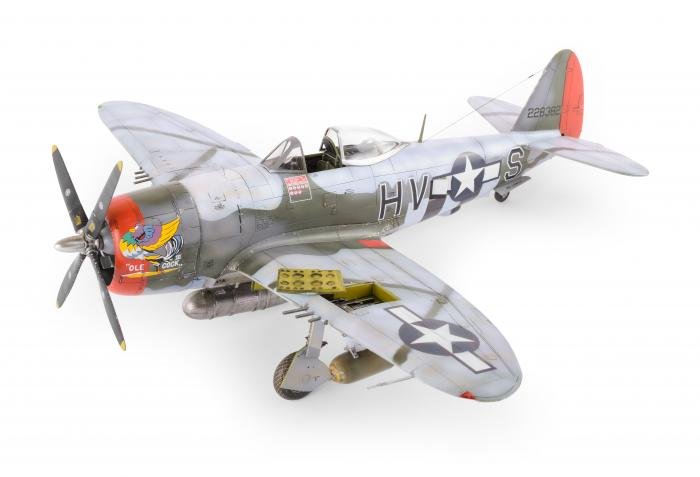 When it was fully loaded, Republic’s P-47 Thunderbolt could weigh up to eight tons, which meant it was one of the heaviest of World War Two fighter aircraft.

Powered by a Pratt & Whitney R-2800 Double Wasp engine, the type was armed with eight .50 cal machine guns and could also carry 5in rockets or a bomb load of up to 2,500lbs. Its large, round profile soon gained it the nickname ‘Jug’ on account of its resemblance to both a milk carrier and a juggernaut.