Kit and aftermarket wizard Eduard has released a new Weekend Edition boxing based on its 1/48 German Bf 109E mouldings. 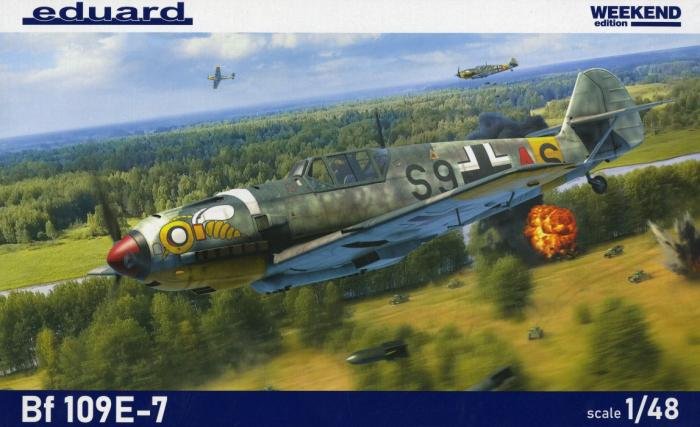 As it’s arguably the best 1/48 Bf 109E on the market, its welcome news that Eduard has created a new Bf 109E-7 Weekend Edition package (84178). Here, the company’s sublimely detailed styrene components are matched with new decals and a small photo-etched brass fret. The latter features bomb fins and a positioning jig, and mesh for a tropical filter. 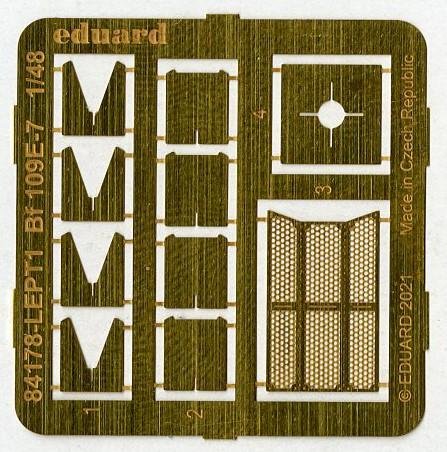 The E-7 offered the choice of extended range or action as a fighter-bomber, and accordingly, Eduard provides a 300 lit drop tank, and an ETC bomb rack to accommodate four x 50kg bombs. Four different Bf 109E-7 airframes can be portrayed, with either centreline fuel tank or bombs, and the schemes represent Messerschmitts employed in France, the Eastern Front and North Africa. Two sets of wing walkways are supplied too, along with comprehensive stencils.

If you are unfamiliar with this family of ‘109s, Eduard has released many Limited Edition and Weekend packages using most of the generic runners, with additional styrene, photo-etched metal and resin extras. An engine with separate cowlings is supplied, along with a well-appointed cockpit, accurate wheel hubs with realistic depth, finely rendered armament and separate flaps, slats and ailerons.

The schemes in this package are shown below, and the kit costs just £11.70 direct from Eduard: www.eduard.com. It’s also available at Hannants in the UK for £15.60: www.hannants.co.uk 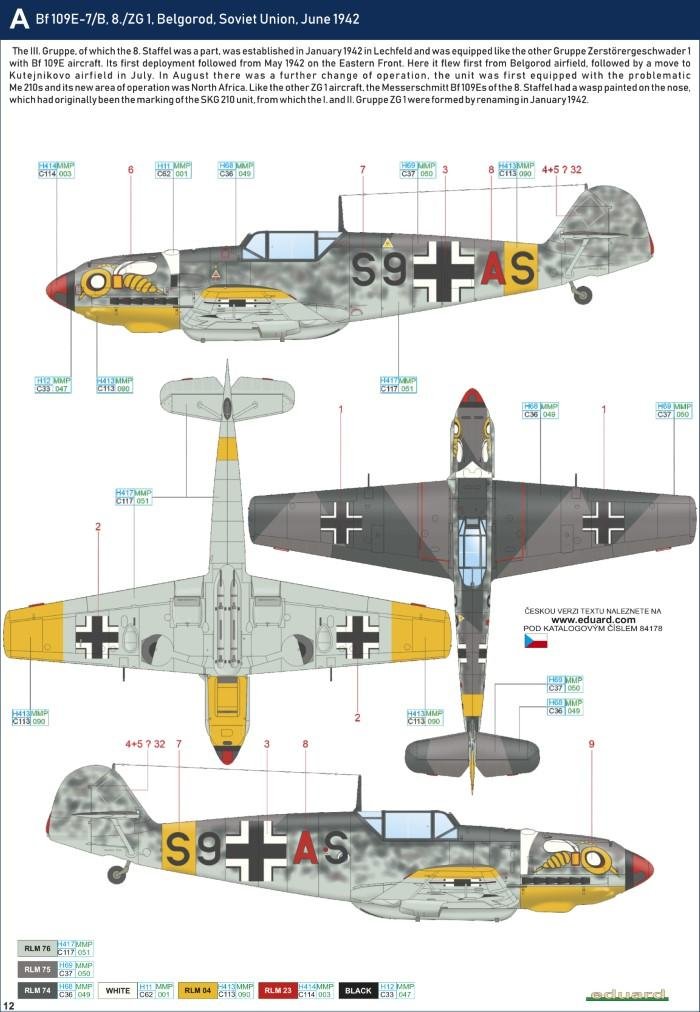 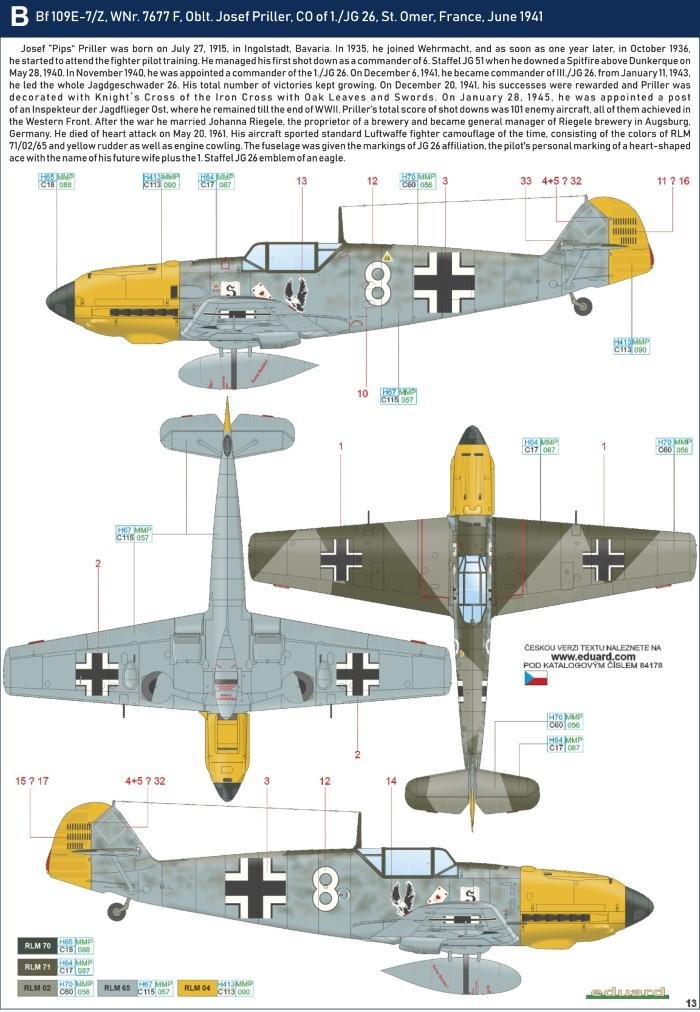 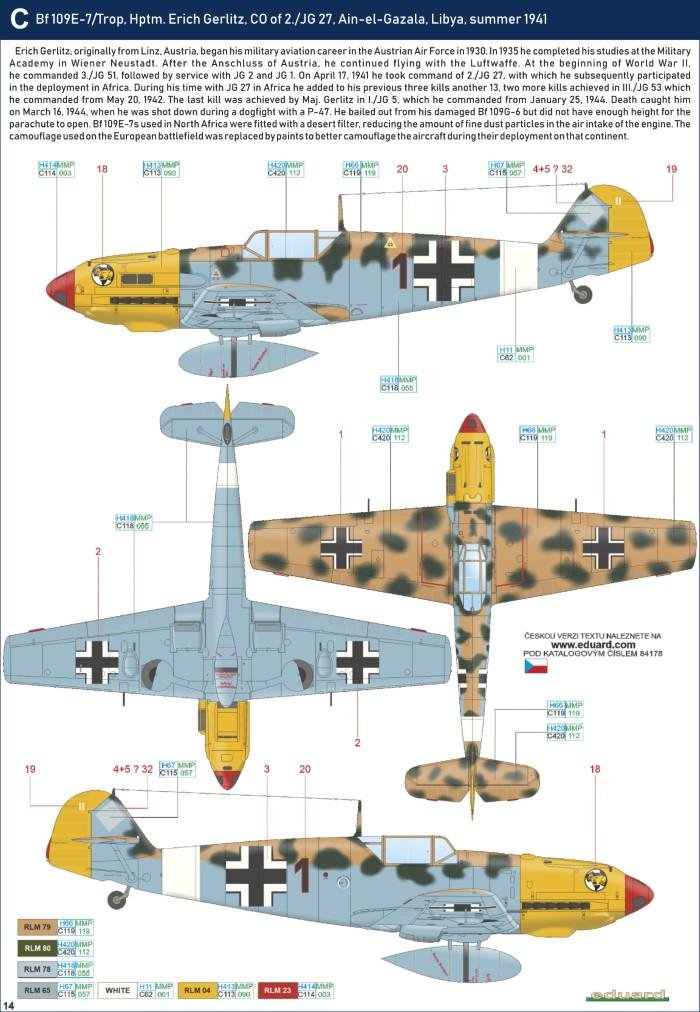 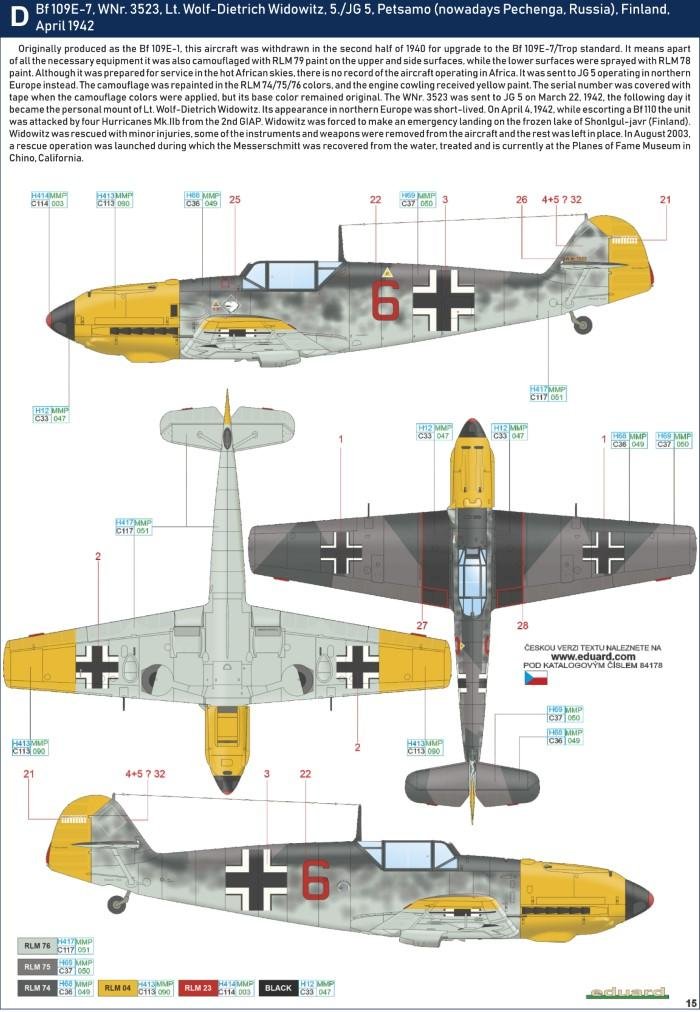