WHEN EDUARD announced it was releasing a newly tooled 1/48 Spitfire Mk.I to coincide with the 80th anniversary of the Battle of Britain, it definitely grabbed modellers’ attention. 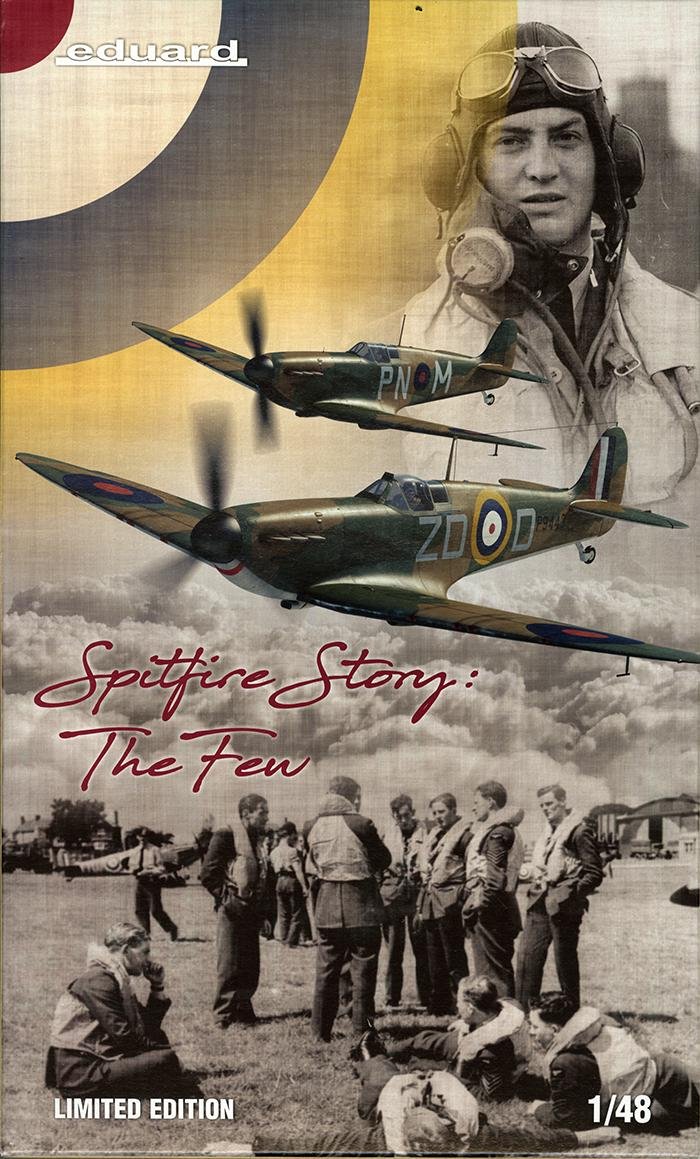 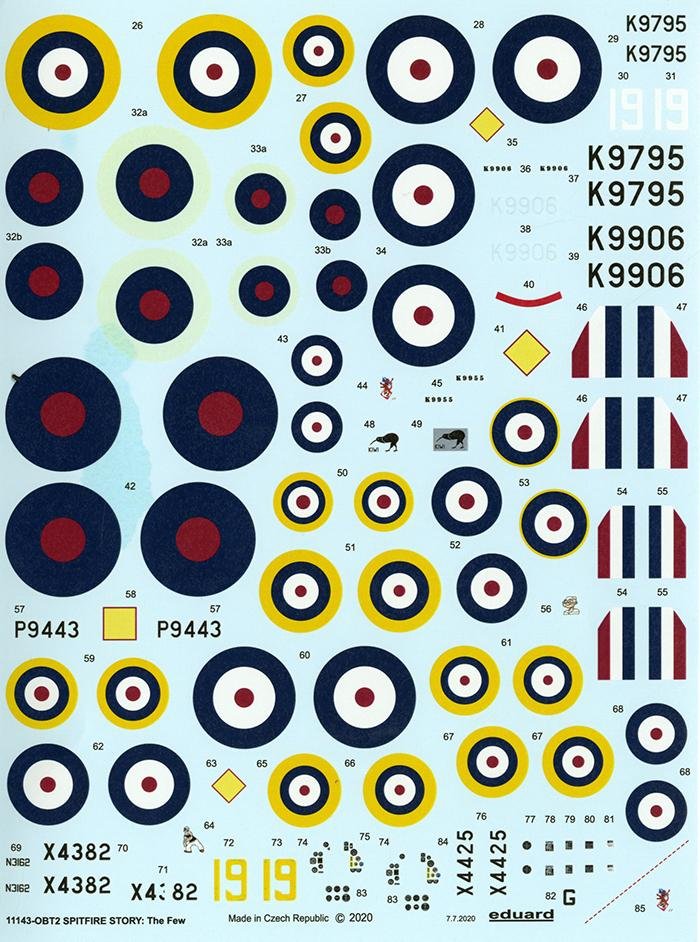 Eduard’s busy decal sheet supplied markings for ten airframes - the markings can either be used as standard waterslide items, or modellers can remove the top carrier film for a ‘painted-on’ appearance.

The kit isn’t without its quirks, though; the decals feature a clear carrier on the upper surface that can be removed (once they have dried) for a ‘painted-on’ appearance. If left in place, they are rather thick, but a test indicated they would settle into the moulded detail with the assistance of setting/softener solutions. Another (albeit small) issue concerns the use of common components for several releases; some details aren’t relevant to every boxing, so there is a need to fill certain panels (including the IFF ports). Disappointingly, sink marks were noted on the exhausts and propeller blades, all will require filling. One further aspect (which has prompted much debate online) has been the undercarriage retraction mechanism – Eduard provides just the manual version as its research indicated the later engine-driven system wasn’t fitted to these specific Mk.Is, but modellers should check references for the airframe they are building. 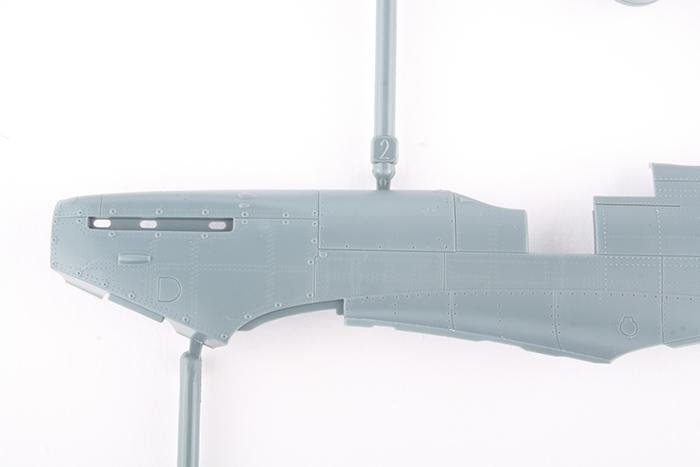 Exterior detail is refined, with delicate recessed rivets, raised fasteners and crisp panel lines as shown here on the late-production fuselage, with an armoured panel over the fuel tank. 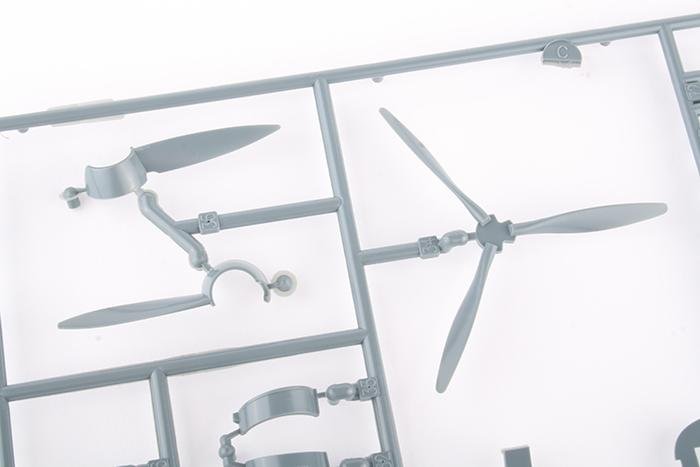 Both two- and three-bladed propellers are included, along with several spinner types.

Exterior refinement comprises delicate engraved panel lines, plus recessed/raised representations of rivets/fasteners – just as on the real airframes. Similarly, the interior is packed with high-quality detail, such as an accurate early pilot’s seat, sidewall flight/engine controls, and there’s a generous provision of ten markings schemes. These chart the type’s development between 1938 and mid-1940 and include aircraft flown by several notable pilots, among them aces Stanford Tuck, Douglas Bader and Eric Lock.

While other kits of this subject may be easier to construct, Eduard has surely released the best 1/48 Spitfire to date. More details are at: www.eduard.com 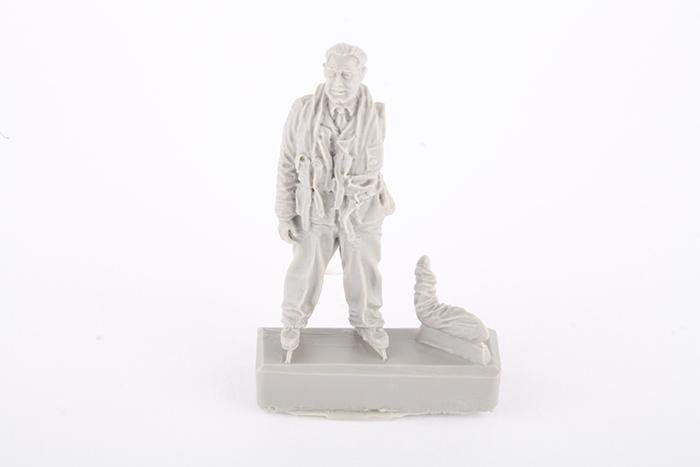 As usual with a limited-edition release, Eduard offers photo-etched metal enhancements, plus there’s a two-piece resin figure of Douglas Bader. 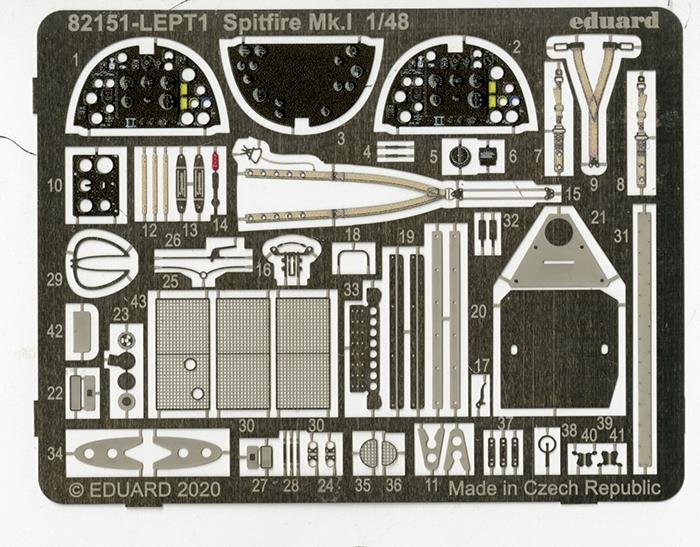