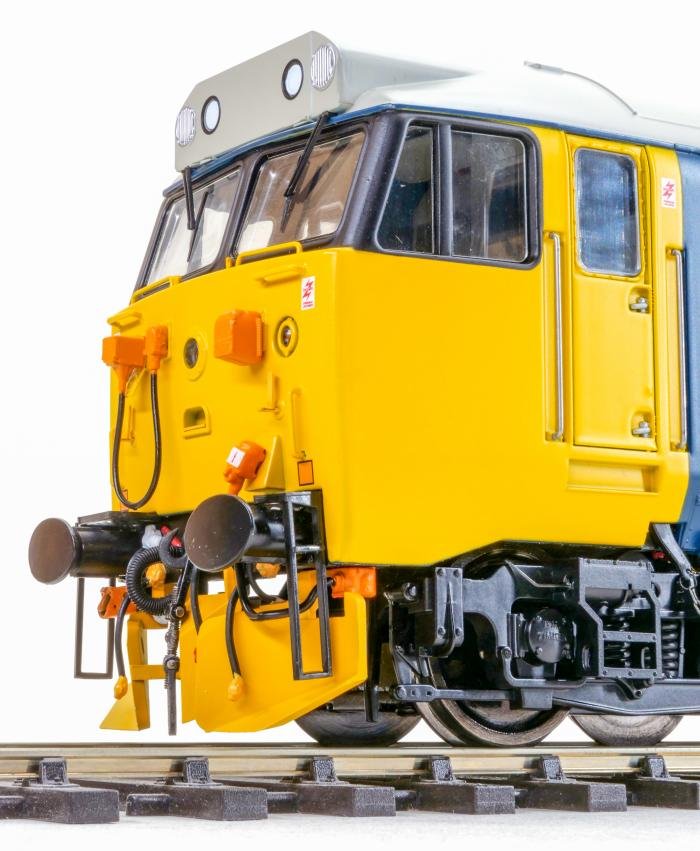 THE THUMPING EXHAUST of the English Electric 16 CSVT engine is part of what makes the Class 50 so attractive. The fleet of 50 locomotives was built in 1967 and 1968 at English Electric’s Vulcan Foundry and produced 2,700hp from their 246litre V16 turbocharged engine. This gave them the ability to reach 100mph in service hauling express trains. 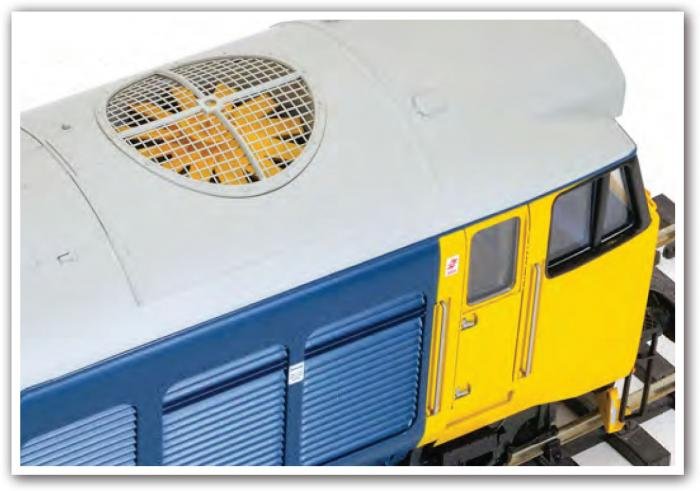 The fan drive is motorised 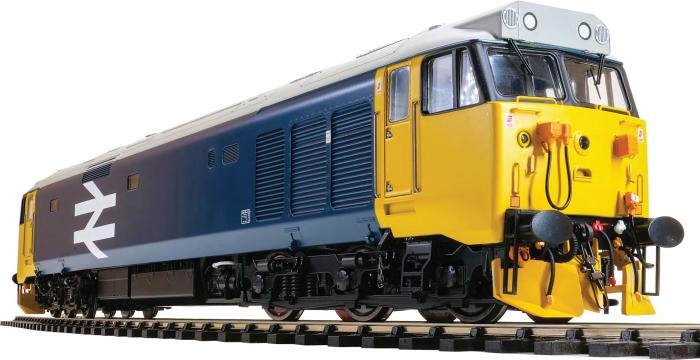 On introduction the Class 50s were put to work on the West Coast Main Line (WCML) north of Crewe where they often ran in multiple hauling heavy trains over the challenging banks of Shap and Beattock to Glasgow. They were originally numbered D400-D449, although the D prefix was removed from 1968 with the withdrawal of the final steam locomotives in August of that year. Throughout their first 10 years the Class 50s were leased from English Electric by British Railways during which time the class was transferred south to work on the Western Region following electrification of the WCML from Crewe to Glasgow.