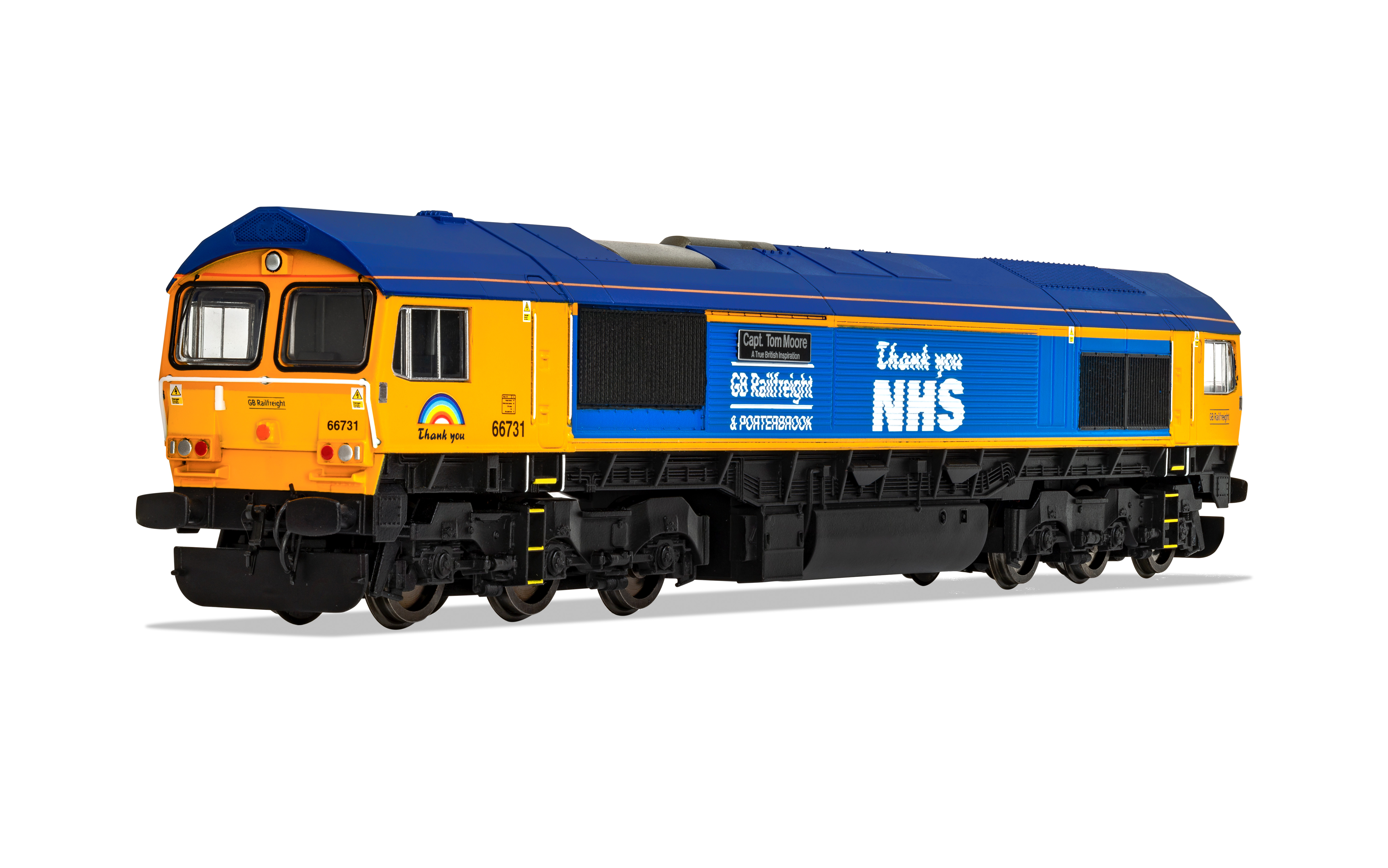 Hornby’s ‘OO’ gauge model of newly repainted and named GB Railfreight Class 66 66731 Captain Tom Moore – A True British Inspiration has raised £140,000 for the National Health Service through its sales on the Hornby website during May.

The real engine was named on April 29 and Hornby quickly announced a limited edition of 500 units. That was later raised to 1,000 and 1,500 to cope with high demand, while the final order runs to 3,500 models – all of which have been pre-sold. Proceeds from the model’s sales are being donated to NHS Charities Together in support of their work through the Covid-19 pandemic.

Following on quickly from the models launch, Hornby received a decorated sample at the end of May and it is now expected to arrive to fulfil pre-orders in August this year. The Class 66 uses Hornby’s standard tooling for the EMD Co-Co and includes an accurate livery, five-pole motor and 8-pin DCC decoder socket. The special edition is Cat No. R30069.