UKRAINIAN MANUFACTURER ICM has stayed with a biplane theme for its latest large-scale aircraft release, with a newly tooled 1/32 Stearman PT-17/ N2S-3 Kaydet. 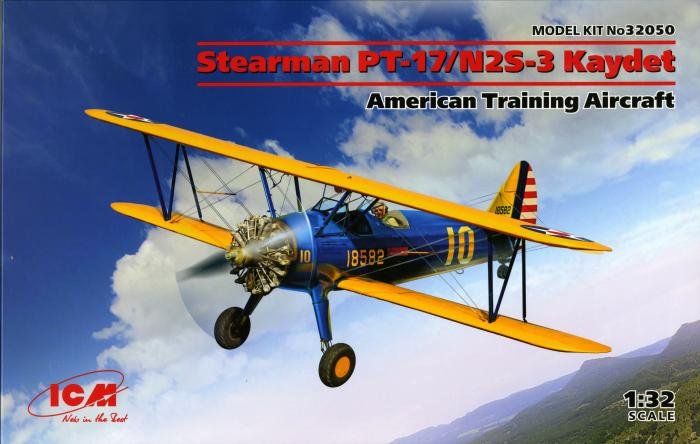 This type was the initial flying trainer for thousands of American pilots in the 1930s and 1940s, and subsequently became well known in the display, warbird and agricultural scenes after being sold as surplus at the end of World War Two. With an attractive US Army Air Force scheme on the box top, ICM’s kit (32050) is an absolute gem, with the beautifully moulded parts presented on five styrene runners. The parts count may seem low, but this reflects the basic nature of the subject, yet still allows for a cockpit framework ‘cage’ into which the seats and flight instruments/controls are added, and a lovely 17-part radial engine built onto the airframe rather than as a separate sub-assembly. Mask templates are provided for the glazing, along with a full rigging guide.

With markings for prewar PT-17s and an equally colourful N2S-3 in 1944, ICM’s Stearman is likely to be a bright and welcome addition to any collection/display. More information is available at: www.hannants.co.uk