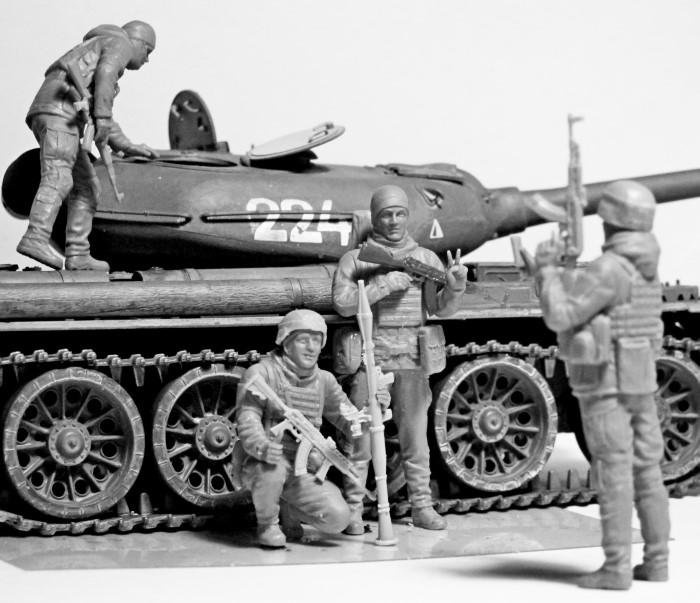 Having stunned many modellers with the news that it was continuing to design products despite an invasion of its homeland (see here), MasterBox has heralded another item in its forthcoming Ukrainian-Russian War series.

Kit 35223, ‘Defence of Kyiv, March 2022, Trophy’ offers four Ukrainian troops, designed to be used with a Russian tank. Two soldiers, armed with AKM assault rifles and an RPG, pose in front of said vehicle (the latter not included), while being photographed by a mobile phone-wielding compatriot. The fourth troop peers into the open turret hatch. These figures will be produced in 1/35 scale. 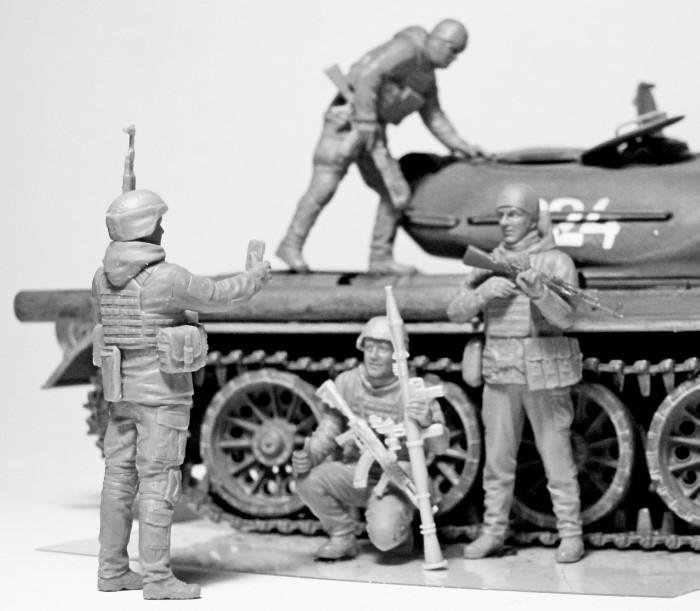 No actual release date has been given, but we’ll continue to bring you further information as and when we receive it. www.mbltd.info