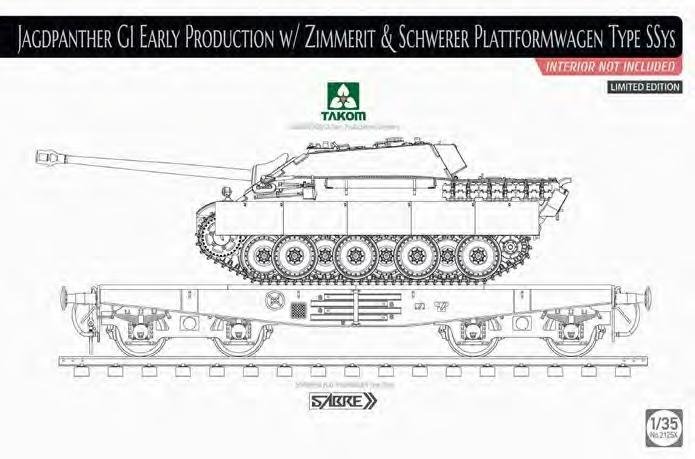 By: Takom (with Sabre Model)

Takom has teamed up with Sabre Model for this gorgeous ‘in transport’ combo set, featuring the former’s ‘basic’ (no interior) Jagdpanther Ausf.G1 with Zimmerit and the latter’s stunning SSys railcar (see Oct 2019, News p.10). This is a package full of delights, with 32 styrene runners, lengths of wire, a photo-etched brass fret and a separate upper hull/casemate, which features arguably the best moulded representation of Zimmerit to date, with convincing worn and broken sections. There’s a complete main gun and breech mechanism, while the Schürzen/ side skirts are supplied as individual sections, so can be fitted as partial or full track/roadwheel protection. Tracks are supplied in link-andlength form, and the included jig will ensure correct alignment and spacing for these and the drive and idler wheels. Sabre’s SSys is equally comprehensive, from the convincing moulded wood grain on the wagon and railway sleepers, to the faithful replicas of the railcar’s suspension and hydraulic braking systems. A short section of rail track is supplied, making this almost an instant vignette. Best of all, this dual set is great value for money, being considerably cheaper than the separate kits. The railcar has a single scheme, but there are six for the tank hunter: 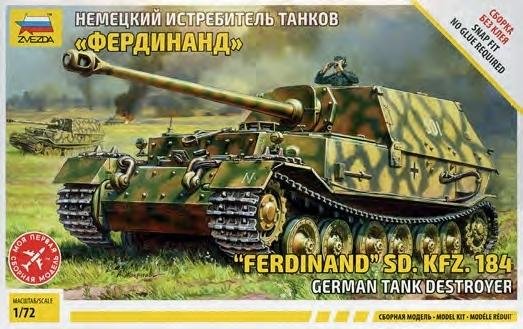 This newly tooled offering from Zvezda is great value for money and ideally suited for modellers and wargamers alike, as it’s a ‘snap kit’, with no glue required for construction – and is part of that firm’s ‘My First Assembly Model’ series. There are three styrene runners and a separate one-piece lower hull; all are moulded in tan-coloured plastic, while the single-length tracks are black, which means this could easily be built without the need for painting. These last items are designed ingeniously, with enlarged guide horns that fit over locating pins on the inner roadwheels, so there’s no tedious track link joins to undertake – outer wheels then cover the linkage. Exterior detail is of the highest quality, with spare track links and gun travel lock. Two liveries are included, both for vehicles that participated in Operation Citadel during 1943: 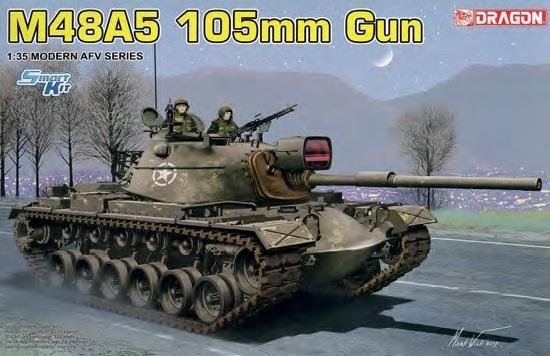 Dragon has taken a leaf out of US manufacturing companies’ books by utilising a mix of early M48 and M60 components to create the M48A5 sub-type, which mounted a 105mm main gun in the Patton chassis. As usual, this means there are plenty of spares (approximately a third of the parts are unused), but the finished model should be accurate. It comprises 17 styrene runners, plus single-length DS Styrene tracks, a small photoetched metal fret and a length of twisted wire for the tow cable. This kit seems to have a good balance between parts count and there’s a convincing replica of the infrared searchlight, plus the correct Urdan cupola and provision of the commander’s and loaders 7.62mm M60s and mounts adjacent to the turret hatches. Some surgery is required to the track guards, but this is noted clearly in the instructions and markings are supplied for three vehicles: 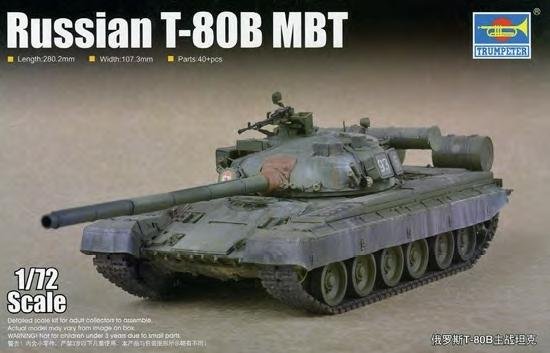 Trumpeter’s newly tooled T-80B main battle tank is a gem, accurately replicating the production variant of this gas turbine-powered vehicle. The turret upper is supplied as a one-part item, to which equipment and weapons are added, and delicate parts are wrapped in protective foam. There is a singlepiece combined track and outer running gear for each side, but the lower hull is the standout feature, with integrally moulded torsion bar suspension arms. Similar levels of detail are supplied for the track guard/stowage boxes, making this a great introduction to small-scale armour subjects. Two anonymous schemes are provided in the painting guide; one is overall Russian Green, while the other wears a two-tone camouflage suited to desert environments. The decals include three sizes of turret numerals, plus a Guards insignia and Russian flag. 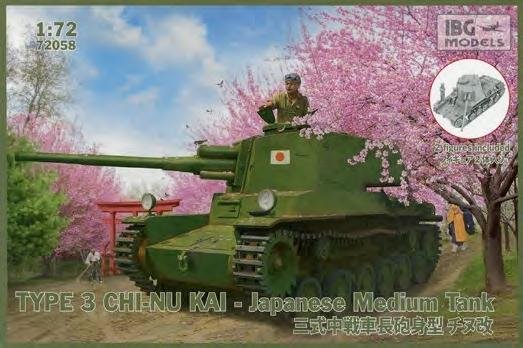 IBG has continued its small-scale Japanese tank series with the biggunned Chi-Nu, using six runners and the PE fret from the baseline release (72057), with a new Frame G for the proposed larger turret on the Kai (improved) prototype. The combined outer roadwheels and tracks are detailed beautifully, and even have representations of the lightening holes in the guide horns, making for easy assembly. As usual, the moulding quality is excellent, from the single-piece lower hull ‘tub’, with its rivet and panel detail, to the upper surface grab handles and hollow muzzle for the main gun barrel. There’s even an anti-aircraft machine gun for the loader’s hatch and a bonus of two figures (commander and driver). A single marking scheme is supplied, for the overall green prototype Chi-Nu Kai. 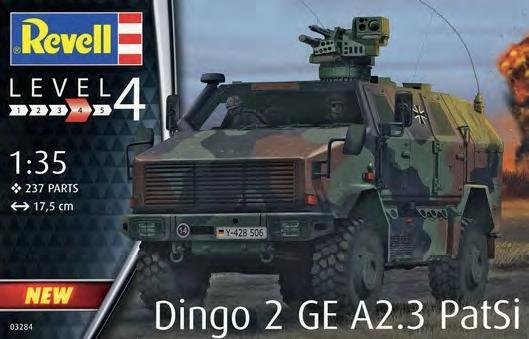 Having already released a ‘softtop’ A2 and ‘hard-back’ A3 Dingo (03233 and 03242, respectively), Revell has portrayed the former with the late-style remote weapons station. Most parts are as per the original offering, so there are ten styrene runners – Frame J replaces the older kit’s roofmounted armament. The type’s boxy shape and v-hull design is captured faithfully, with convincing anti-slip texture. Unfortunately, the hull sides suffered from sink marks on AMW’s sample, but these should be simple to fill. There’s a fully equipped interior, plus a complete drivetrain; doors can be posed open to display the former, although the bonnet will require modification to reveal the engine. There are three decal options; one depicts a German training vehicle, while the other two are International Stabilisation Force vehicles deployed in Afghanistan during 2009 and 2010.

FROM KURSK TO ANZIO 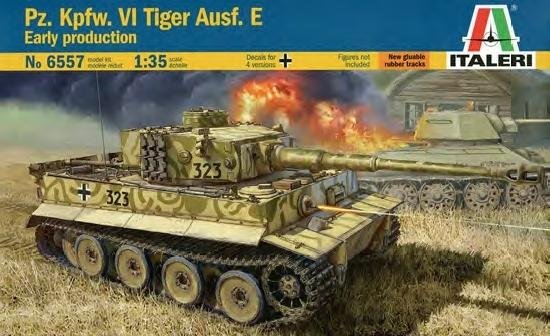 Italeri actively updates its moulds, so its kits have a mix of old/new components. Its re-issued Tiger I has items from the original 1994 release, upgrades from the early 2000s and now offers single-length vinyl tracks to accompany the previous link-andlength items. There are seven styrene runners and the parts quality varies, depending on age – yet despite this, it’s a great entry-level product, with a basic engine and turret interior (gun breech, commander’s seat and spare magazines) and a generally accurate shape. Newer additions included hull-mounted smoke dispensers and a gun travel lock, while the exterior features such as weld beads are well moulded. There are four schemes: