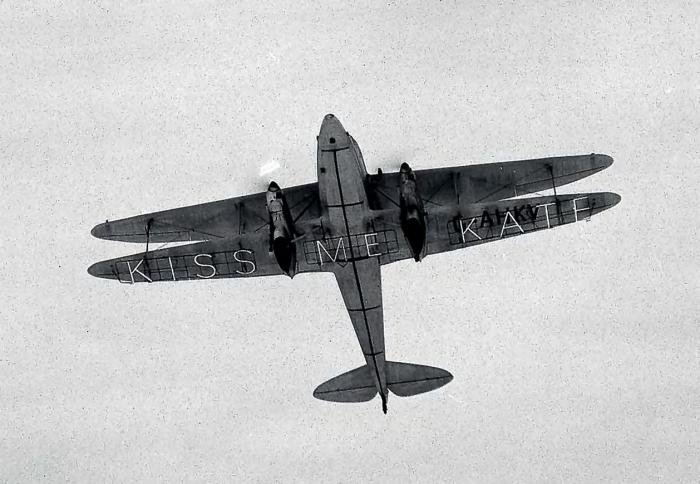 Kiss Me Kate’ was one of many possible signage combinations that could be installed beneath Sky Neon’s Rapide G-AHKV. In this case the word ‘Me’ is mounted on additional framework beneath the aircraft’s fuselage. (Key Collection) 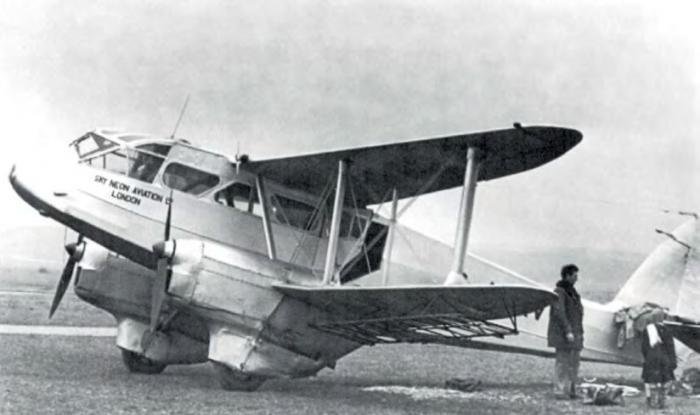 Sky Neon launched an advertising campaign to promote its innovative work, as seen in this period print advertisement. The illustration of the Rapide appears to be an artist’s impression, as the signage shown would have been too large to be accommodated. (Malcolm V Lowe Collection)

Dragon Rapide G-AHKV was fully kitted out with the Sky Neon signage installation, as seen here. It also carried the company name prominently on its forward fuselage. (via John Batchelor)