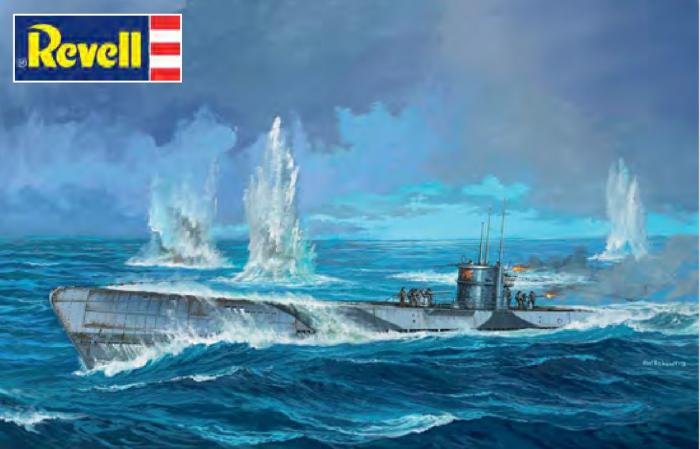 This is Revell’s third version of the German long-range Type IX submarine, and depicts an early C-variant, with revised superstructure and deck armament (when compared with the previous releases). There are five common runners, plus the separate fourpiece hull and decking components, with three new frames for the correct shortened conning tower and railings. Exterior features are moulded crisply, notably the deck drainage holes, and the hull rivets are convincing. Main and aft hull sections feature interlocking tabs for a strong join, and part of the seam is hidden by a raised weld line. While this is a large kit, and there’s plenty of styrene, modellers may find the price off-putting, especially as this is a re-worked offering and it lacks interior detail. The two schemes are: