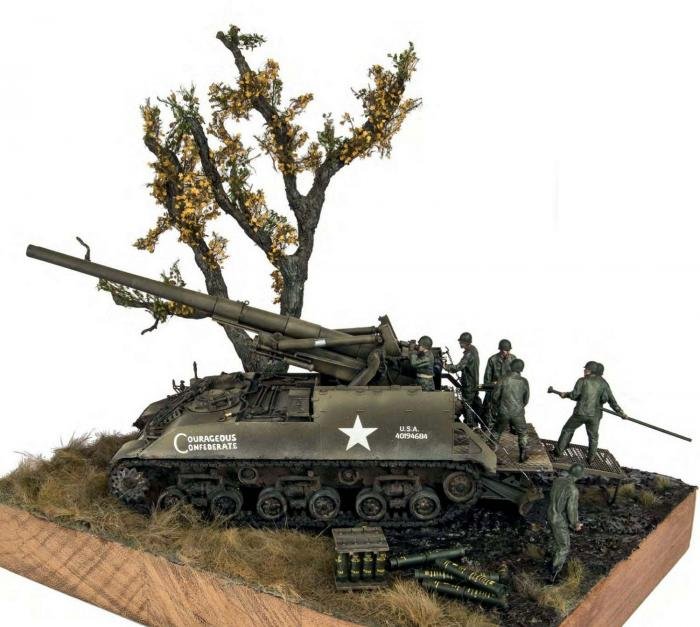 The US Army’s main heavy bombardment weapon during the latter and several subsequent conflicts was the 155mm Howitzer. In a bid for greater mobility, it was mounted on an M3 Lee tank chassis and designated the M12 Gun Motor Carriage. This design formed the basis for modern heavy self-propelled artillery and proved very effective, despite just 100 models being made.